Just got this info on a D place in Toronto

The story began in 1919 when Joe Mills came out of the Air Force and began repairing cars as a roving mechanic. In 1922, he decided he wanted a garage of his own. He purchased an empty lot at 3147 Yonge Street and began construction of a building. But before long, Joe Mills took sick and died. Joe’s brother Guy Mills came to the rescue and the building was completed by Labour Day of 1922. It had a tar paper roof and a water jacket connected to the single rad in the showroom.
One day, soon after opening for business, Guy Mills was waiting his turn in the neighbourhood barber shop. The barber and his customer in the chair were discussing the new garage down the street. “They won’t last long,” the barber said. “We’ll see about that,” thought Guy.
But he faced a tough job with no experience in the car business. To overcome this handicap, Guy Mills persuaded Lou Hadwin to join him. Hadwin had been managing a small Chevrolet dealership down Yonge Street and brought a wealth of experience.
In 1923, opportunity knocked with the arrival of the Star, a new car the Durant Motor Company had introduced the previous year. It had many advanced features for that time, including a disk clutch, a water pump, an oil pump, and spiral bevel gears in the rear end. It was designed to compete head-on with the Model T Ford and was mechanically superior. Mills and Hadwin began selling the Star, as well as the Durant, and these sales helped the business to earn modest profits through the 1920s 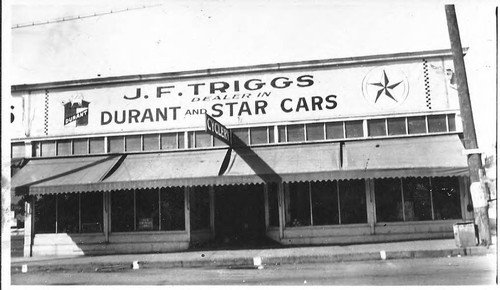 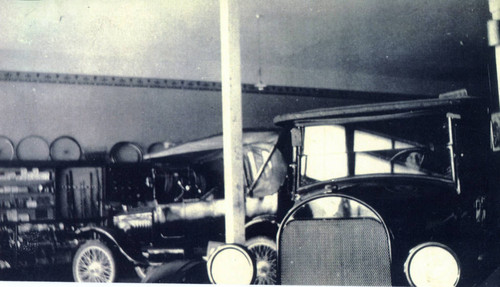 Do You own a car built by Durant? 2 of them


Found this address stamped on a Model 619 Sales Brochure.

Is anybody keeping a list for the Ontario and Canadian Durant dealerships?

Where Are You From? Ontario Canada

Too bad Google messed up their Google News Archives. The Montreal Gazette May 2 1923 has an item called Solid Trainload of Durant and Star Cars Leaving Leaside Factories. The First Trainload of Automobiles Ever Shipped From Toronto.
Shows the plant with the train and 2nd pic is the long row of the loaded up train heading to Ottawa to Beech Motors Ltd with 180 cars ordered just by Beech Motors.

In the 60's I owned a 1931 Chev Canopy Express Truck which was orig sold by Beech Motors on Catherine St.

My goodness it still works.

Norm,
I was able to clean up the image a little.
If you right click on the train, you'll be able to download a larger image.

I pulled all sorts of newspaper ads in 2014 and I recalled the train load item so hunted though the stack last night. When I couldn't find The Montreal Gazette paper in Google News Archives I figured it must be one of the many papers that vanished off the site. There was quite the stink raised against Google totally messing up the newspapers by researches, historians etc and you are lucky now if you can even find items since. It was so cool before just looking up my own family name in the Ottawa Citizen and finding newsy items about gramps in the 20's, aunts / uncles in the 30 / 40's and so on. Many many items on Durant ads etc. Citizen is total mess now with papers missing or part of them on another day or month. Good many other papers US / Can the same way.
So I tried reverse with the http:// instead, I kept on all the printed out items and up came that 1923 item. I see you found another ad but on Montreal Durant Co Ltd. Interesting to note the St Cathines St mentioned on that is not the one here in Ottawa where Beech Motors was. Beech Motors, and Lea and Hawley on Laurier St were our Durant / Star dealers. I did see but didn't keep in 2014 that Lea and Hawley sold Reo as well in the 30's which might have come from Leaside (Dominion Motors)as well. One of our club members in the 60 / 70's owned a REO Royal and it had the Dominion Motors vin plate. Car still exists but I have no idea where it is now at death of the owner and all his cars / parts went to another person below Westport Ont and he sold all the cars / parts but one .. a 1934 green Lagonda.

Here are eight more Durant dealers.
These were taken from the Oakland Tribune April 7, 1929

I live in Denver now, but years ago my brother lived in the Longmont Colorado area. On one weekend when visiting him, we stopped into a little cafe for breakfast in Lions Colorado. A local elderly man was sitting at the counter talking with someone about his younger days as a salesman at the Durant dealership down the street. We buddied up to him to find out more and discovered that he had sold my car to the original owner who was a local political figure ( senator, congressman, or maybe mayor, named John Mackey ). He remembered my car perfectly and even remembered the dealership servicing the car so John and his wife could take it on their honeymoon. He told us the car was olive green ( bronze green ) with black fenders and olive interior with black stripes, and also had a gold pin stripe which went around the whole car below the belt line. I really could not believe his memory. My car still had the original paint under a fast and dirty flat black paint job and when stripping the car I discovered he was 100% accurate. The cafe had place mats showing main street Lions and he showed us the dealership in the picture, which was still there, and was now a motorcycle shop. It was at main street and highway 36 and if memory serves me correctly was where main st. dead ended into highway 36. I stil have one of those place mats somewhere in my files, but I am not sure the building is still there, as I never get to Lions anymore. Although I'm sure this man has since passed ( he was in his 80's or 90's then ) I wish I had made more of an effort to stay in touch with him. I didn't realize at the time what a valuable source of information this man was.

Where Are You From? Denver

Curtis
Years ago when the DMAC went and toured the now demolished Elizabeth plant of Durant Motors, they all met an individual that had worked in the plant for Durant. What a great thing for anyone to meet an employee of Durant. They're all gone now, only a memory of making or selling "just a good car".

Just before our event there, I had the chance to meet with Rocky and his daughter at his home one evening. We had a nice interview and he shared memories of his time at the factory. Sadly he is gone now too. Great memory.

Where Are You From? Ellensburg, WA and Sahuarita, AZ

Dubuque, Iowa: In the spring of 1930, the Lange & Tscharner Motor Car Co., sales and service for Durant, Auburn and Cord motor cars, moved into a new home at 850 Iowa Street, Dubuque.

Does this club have any information on any dealerships in New Jersey. Outside Philadelhia,PA. My car came from the owner of a dealership in located near Palmyra, NJ. Would love to find something on the dealership he owned. THanks so much. DAve Blyler

Where Are You From? New Jersey

Rick Neat building and story behind it, but I missed the Durant connection. Was there offices there? When are we going to see that prize winning 6-19? Ross

Ross, Durant Motor Company of Saint Louis was located there.

This page is from the 1929 St Louis phone book

Where Are You From? NJ/SC

Do You own a car built by Durant? 6

Here's a picture of a dealership in an unknown city. Pretty fancy I'd say. 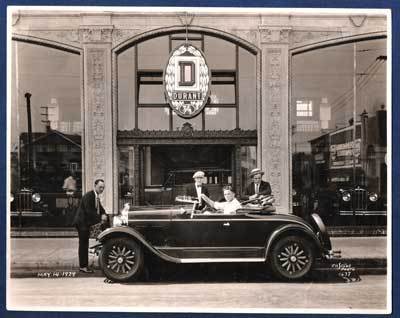 I haven't seen that picture in a long time, but I believe it was taken in San Francisco on Van Ness street AKA Auto Row.

Anyone have an old picture of the building that was there in the 1930's? Maybe the local historical museum?

Where Are You From? Ellensburg, WA and Sahuarita, AZ