I was enjoying watching some 1979 Countdown shows recently, and I noticed the following ... 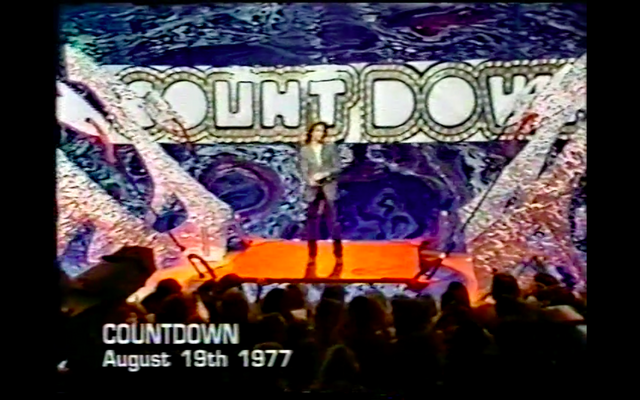 Now, this is definitely a 1979 episode, with Roger Voudouris hosting the show, along with guests, The Knack. The day/month is correct, but someone messed up the caption's year. It got me thinking, how many other errors have people seen?

I don't recall the text saying 1977 for this episode. Will have to check it out again. Way back in Jan '93 when Countdown repeats started on rage, they only used the month and year. They played a 'May 1985' episode, which was actually an April episode. Recently, when they did the Michael Shrimpton special back in Sept 17 and played a handful of 70s episodes they got half the episodes wrong ie they got them jumbled up amongst the ones they played.

I also recall there have been a few dates incorrect over the years, but would have to go through them all to find them. For archiving purposes I have always used the link from this website with the Countdown archives, I would say most of that information is correct and a much more reliable source. 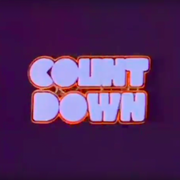 This may not technically be a mistake, as it could be the re-aired episode that was replayed the following Saturday. But this Countdown originally aired on Sunday 17th June, 1984. But on Rage it was dated 23rd June, 1984 (which was a Saturday). 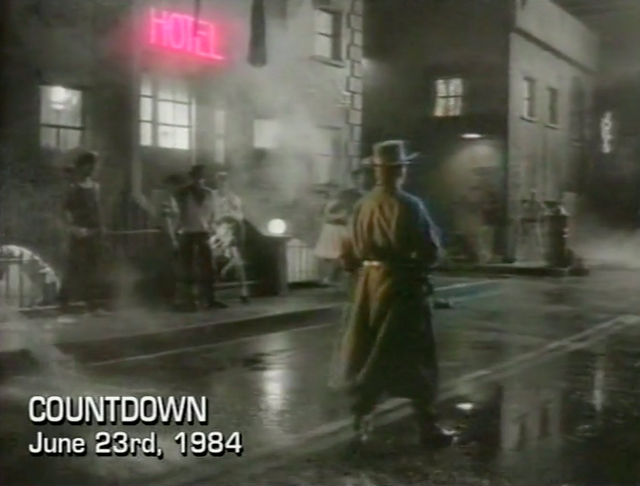 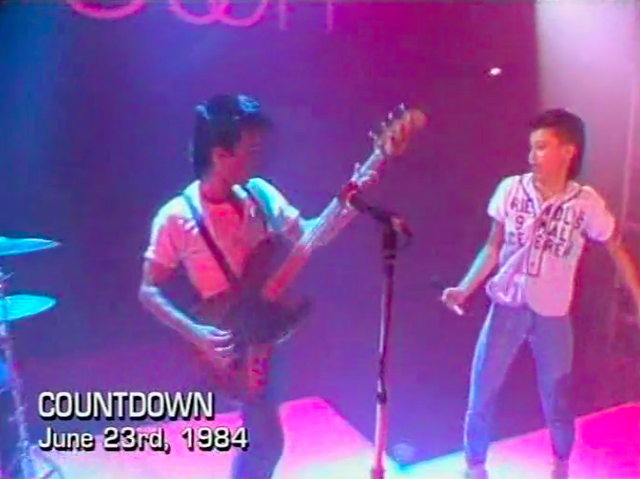 Thanks Matt. I'll keep posting them as I find them too. Okay, back to some Rage (Countdown) errors ...

There are two shows which have been named incorrectly. It's a straight swap really: 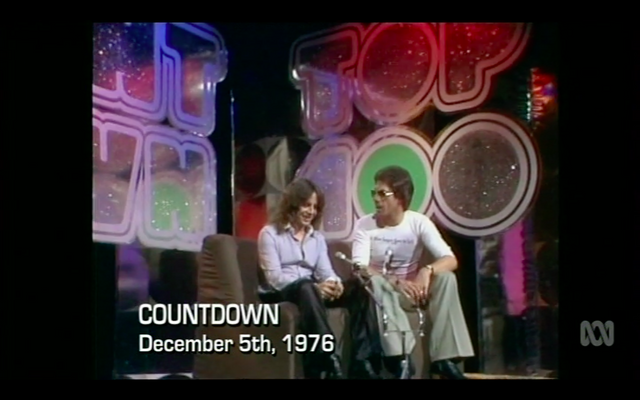 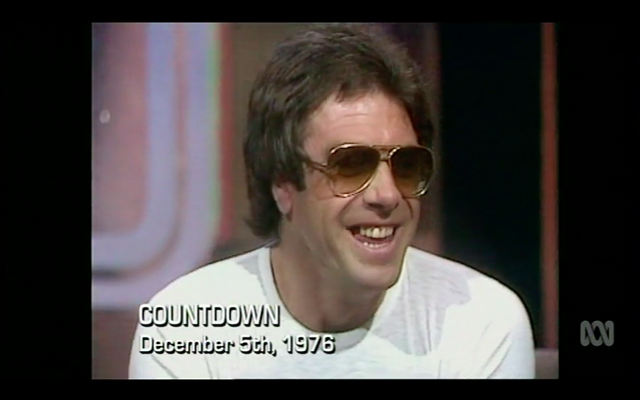 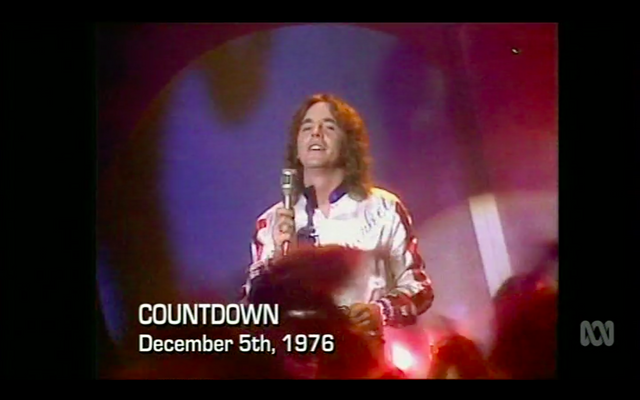 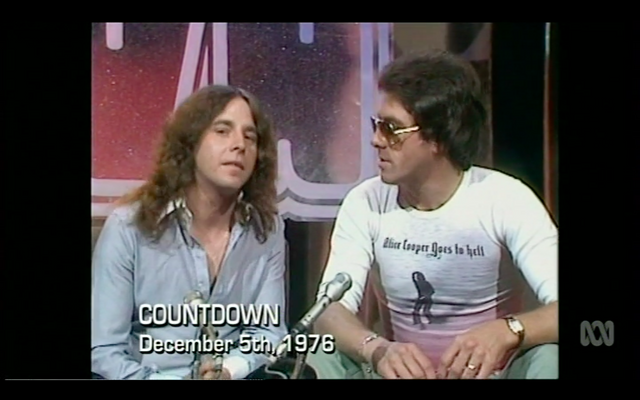 This should be the show which was a Top 100 Show from 23rd January, 1977. The top 100 shows ran from 19th December to 23rd January, where the number 1 hit for 1976 was ABBA's Fernando. The 5th December show was indeed hosted by John Paul Young, as was 23rd January show (alongside Molly), which might explain the mix up. 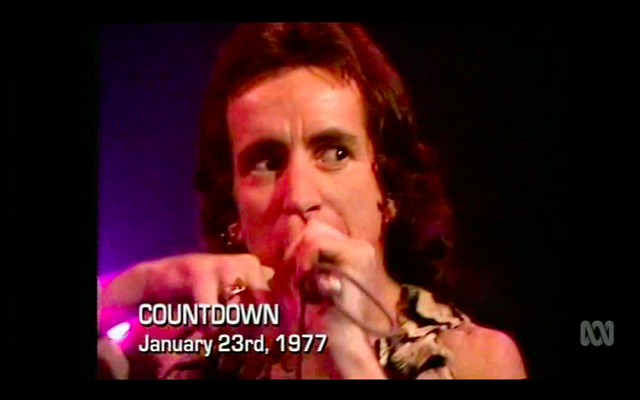 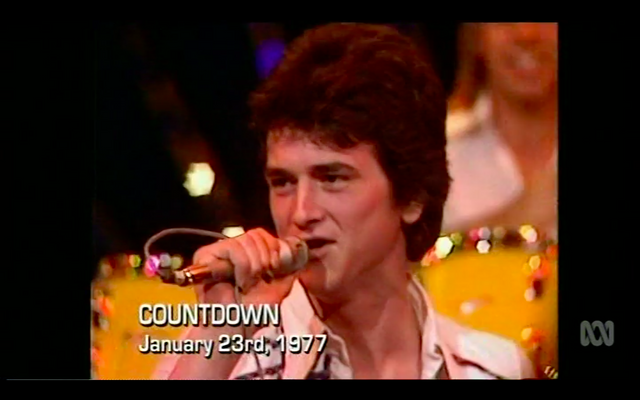 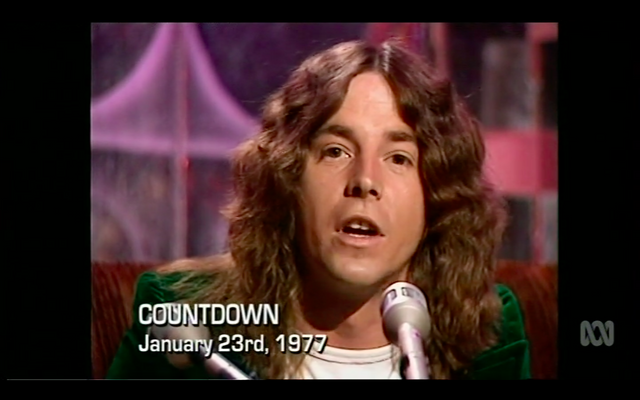 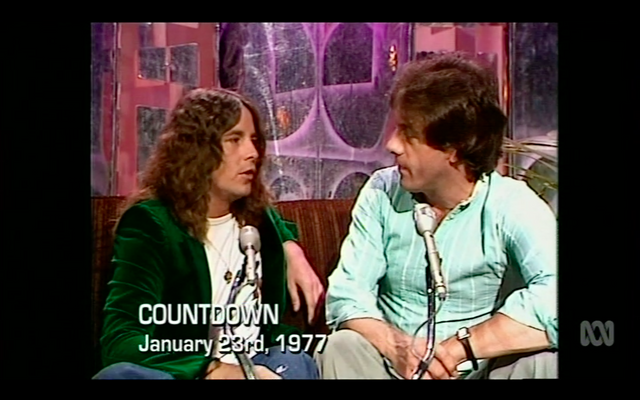 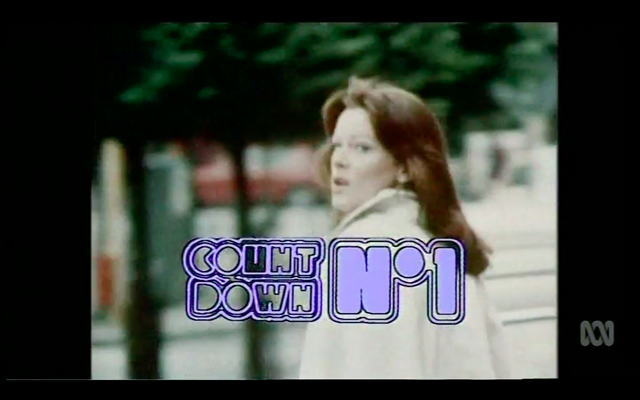 This show was actually from 5th December, 1976, hosted by John Paul Young. It has its own top 10 at the end of the show, ending with Money Money Money by ABBA, which is also number 1 the following week in the show from 12th December Christmas Show, hosted by Daryl Braithwaite & Sherbet.

Interesting. I recorded both these shows from Rage back in Jan '94 or Jan '95 - in the old analogue days of course, and the dates, according to my database are correct - so I am guessing they must have had the correct dates when they first re-aired these back in the mid 90's? Judging by your screen shots, I am guessing these were more recent digital broadcasts re-runs.

I haven't checked my DVD's, but this is cut and paste from my database: 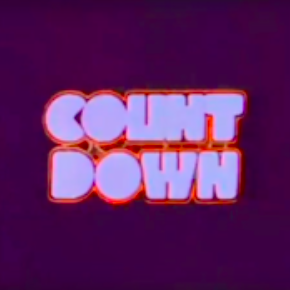 These are indeed the more recent re-airing of these shows. It makes it even more amazing that an error was made, after a quarter of a century of playing Countdowns on Rage. Oh well, I feel it still needs correcting.

The show numbers and air dates (according to what I've researched) for December and January (and the first week of Feb) from 1976 to 1977 are as follows:

The research you have there all seems to make perfect sense. Another error I just found. In April 1982, Countdown held the 1981 Countdown Music Awards on Sunday 18th April. The Duran Duran Special Edition has the following date on it from airing on Countdown: 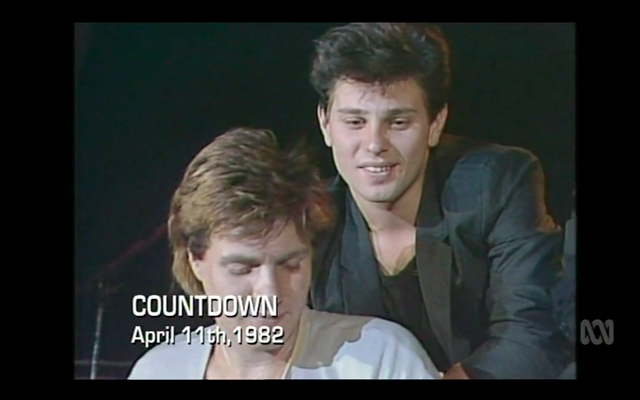 However, if you listen carefully to the show, Molly clearly states that the show is going to air on a Saturday (17/04/1982), one day prior to the Countdown Awards, which then must have been a Sunday.

In fact, just this year, Rage had the REAL episode that was originally aired on April 11, 1982 which was Ross & Jo from Starstruck. 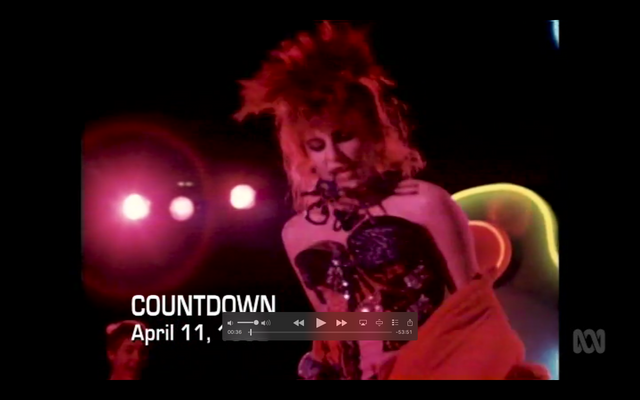 rage f@#ked up a couple of years ago with this one. They said they were going to play the Jo Kennedy 11 April episode and when we tuned in it was the repeated Duran Duran episode, 17 April, from about 10 years ago, but they still had the 11 April on it. The Duran Duran episode is 17 April as listed in the archives on this site, which means it was shown on a Saturday. Hope this helps.

I may have found another one. Apologies, i've lost track of who uploaded this episode, i got it from someone's dropbox account.

edit: ok i have no idea what i've done wrong here but i put this link to a screen shot just above but its not showing up properly, can an op please fix it up

That episode was originally aired on Sunday 17 November. Countdown was replayed on the following Saturday 23 November. It has a few of us stumped on this forum about 8 years ago or whenever rage played it.

Bernie
Re: Countdown Information Errors on Rage
Michael
That episode was originally aired on Sunday 17 November. Countdown was replayed on the following Saturday 23 November. It has a few of us stumped on this forum about 8 years ago or whenever rage played it.
thanks for the info, so you mean that particular episode was replayed on the Sat 23? If that's the case i guess someone at Rage stuffed up & put the repeat date on screen.
Email

Technically, Rage are right with these on-screen dates, in that they probably had access to an episode from Sunday, and also episodes from six days later, when they repeated Countdown on Saturday. So, 23rd November 1985 is technically correct, as that would have been the episode that was replayed. Easier for us to understand when they put the original 'Sunday' airing date.

ok let's just say that both dates are correct then lol

Ha ha ... I'd rather they had just the 'Sunday' original air dates. :relaxed:

Email
Gary
Re: Countdown Information Errors on Rage
kiersey
The Dr Hook episode which was played on rage last night had a date of 28.05.1982. All the lists I have seen have the show as 30.05.1982. Also Molly clearly mentioned during this episode that there would be a "NEW" C/D episode on the following Friday night. This Friday night would be 4.06.1982. I haven't seen this episode on any list that I have seen. Can anyone shed any light on this Friday night episode?

Another Rage error
Armin
Re: Countdown Information Errors on Rage
kiersey
The Dr Hook episode which was played on rage last night had a date of 28.05.1982. All the lists I have seen have the show as 30.05.1982. Also Molly clearly mentioned during this episode that there would be a "NEW" C/D episode on the following Friday night. This Friday night would be 4.06.1982. I haven't seen this episode on any list that I have seen. Can anyone shed any light on this Friday night episode?
May 28 was the recording date and May 30 was the date it aired. They have used the recording date for some reason.

The new show on the following Friday June 4 was called Countdown Second Edition. I don't know what was shown on that episode.

On June 11 and 18 I believe they reverted to showing repeats and then they showed the 1982 World Cup Soccer in that time slot for a few weeks. On July 23 it was renamed Countdown Friday and ran for twenty episodes until December. It was a half hour show that was purely clips but did include some live Countdown performance clips.

This was discussed a while back in another thread in case you are interested. I am only aware of 3 episodes existing in the archives but they may all be there.
http://pub24.bravenet.com/forum/static/show.php?usernum=2015862427&frmid=135&msgid=960937&cmd=show

In 1983 their second show was called Countdown Flipside which aired on Saturdays and Brett (2) who posts on here occasionally has 5 off air recordings of episodes that he made of that show and they are the only 5 known episodes to exist. It doesn't look like the ABC have any.
Jason 'The Moderator'
Re: Countdown Information Errors on Rage

I WAS WONDERING LAST FRIDAY WHY THE DATE WAS DIFFERENT.

Thanks Armin, that is great information, appreciate it.

Email
« back
Return to Website  > Index
Free Forum&nbsppowered by Bravenet