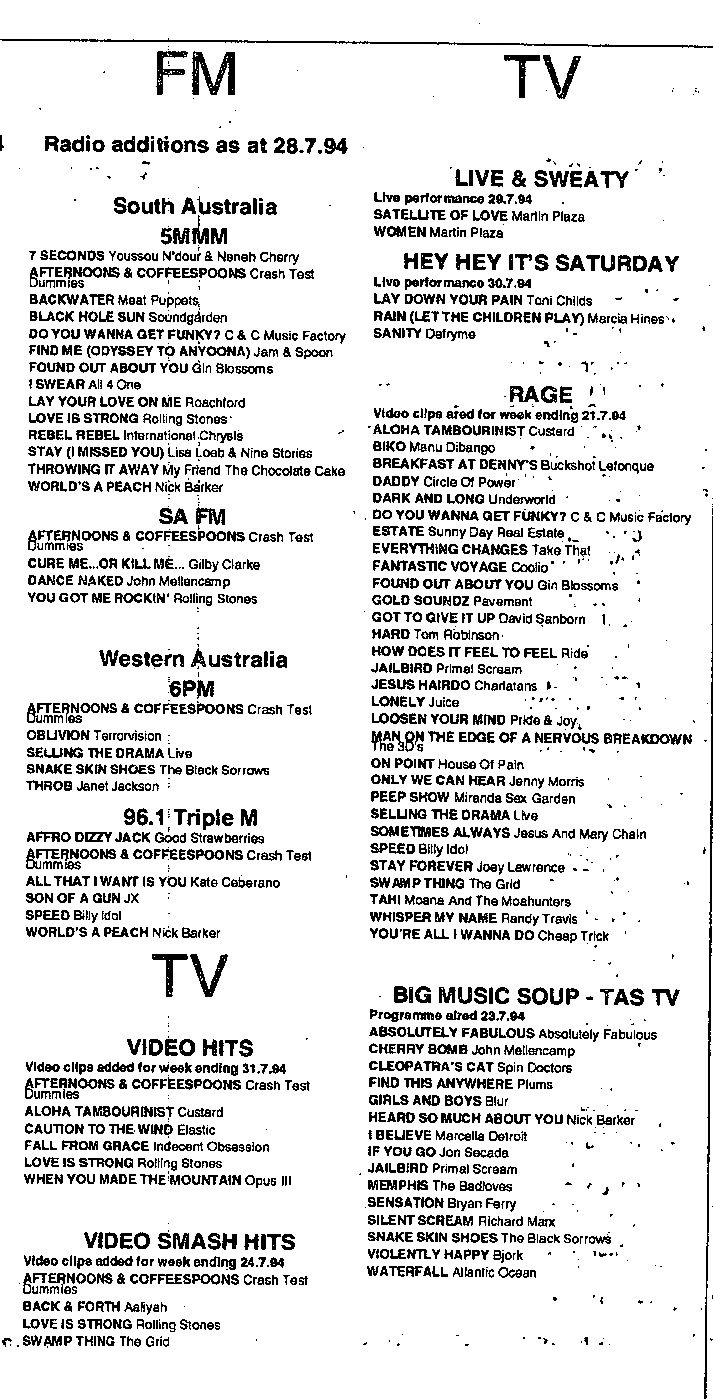 I assume the date for this one should actually be 10.9.94

'Fire On Babylon' and 'Babies' were the first two videos aired on this new releases Friday morning episode of rage.

Here's one video from this episode I have uploaded to YouTube (with re-done audio): 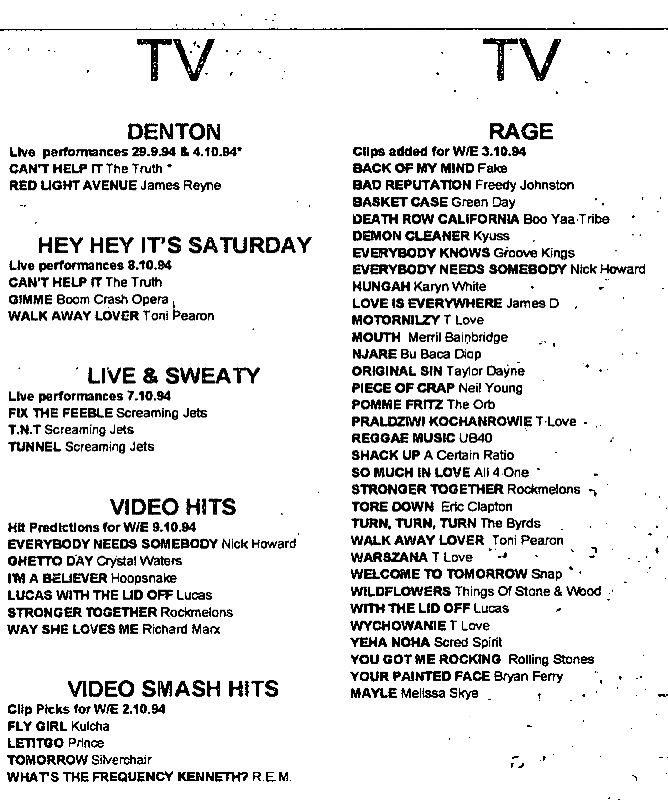 I can confirm that this episode of rage aired on 14 October 1994.


Here are two videos I've uploaded from it: 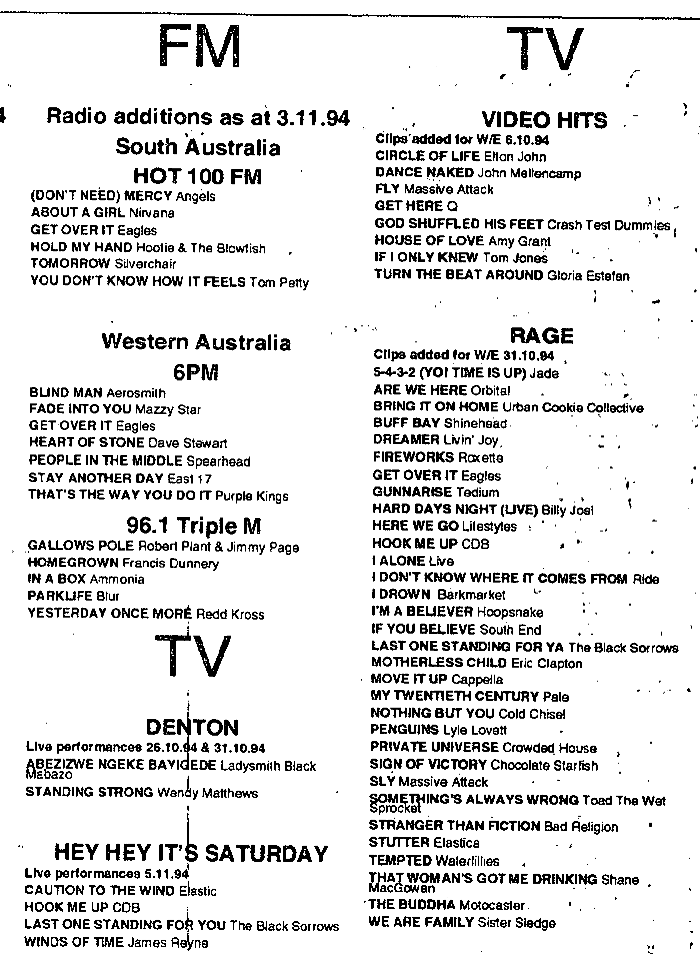 No rage new additions list for 4 November 1994, but two videos I recorded from that new releases episode were Tori Amos 'Pretty Good Year' and Dr Alban 'Let the Beat Go On'. 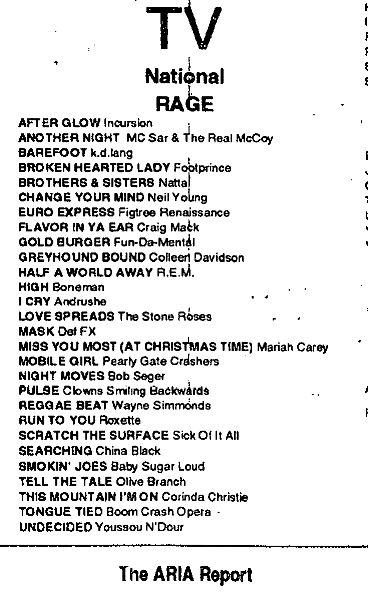 No episode date specified, but given the length of the list, I assume it's a combination of videos that aired on 23 and 30 December 1994. I remember recording Whigfield's 'Saturday Night' from the last new releases episode of '94 - I probably noted the date down on my video running sheet, but would need to find it to check.

Here's one I've uploaded from this episode below: 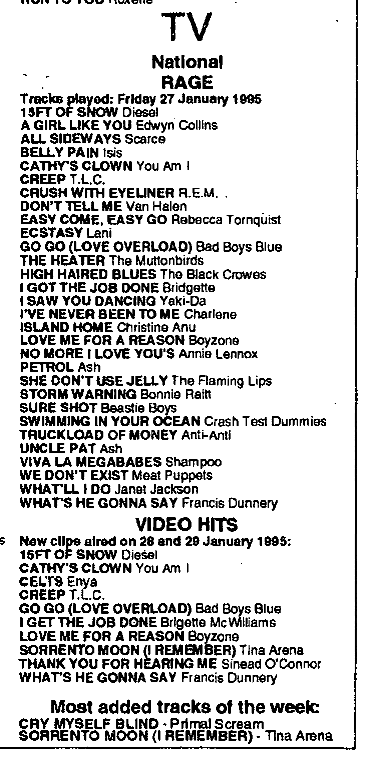 No date listed, but the rage new additions list would be for the 24 February 1995 episode.

This would match the final week the Friday morning episodes aired, going by the Sydney Morning Herald guide. However, the shows continued in Victoria until May 1995. 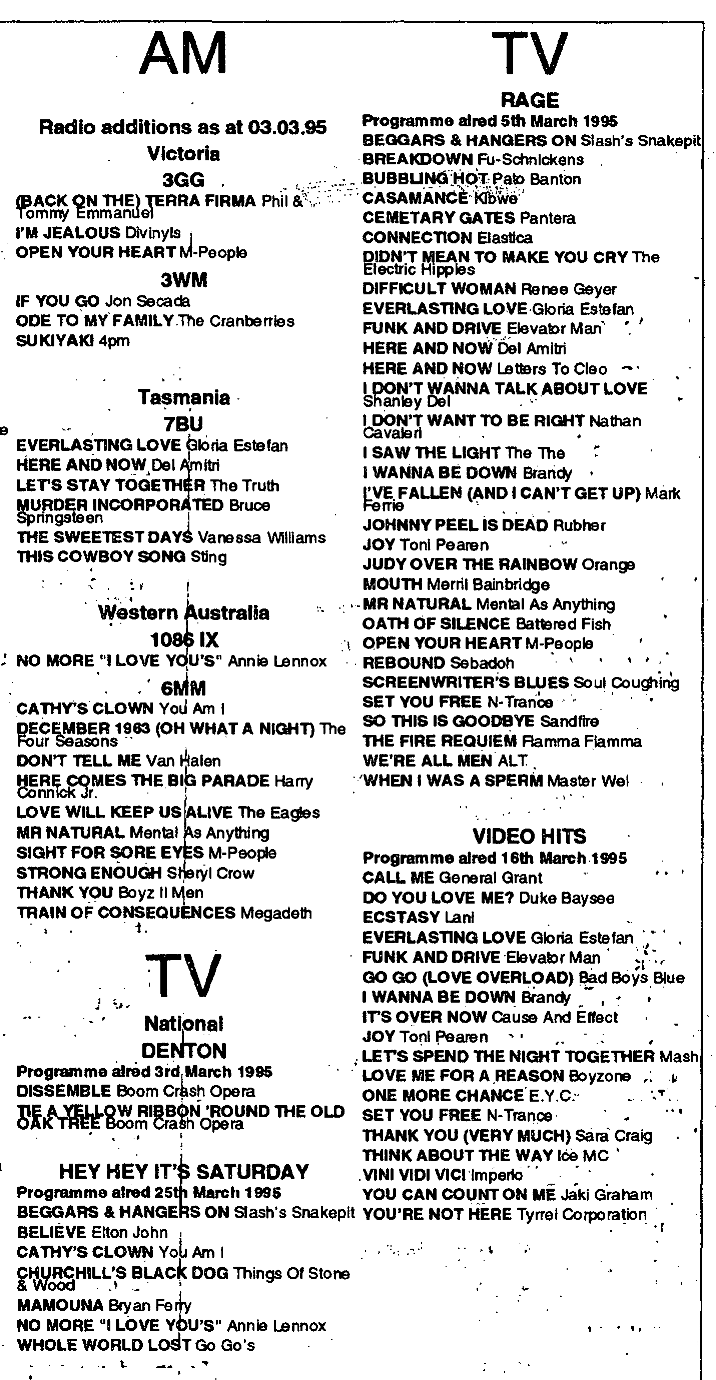 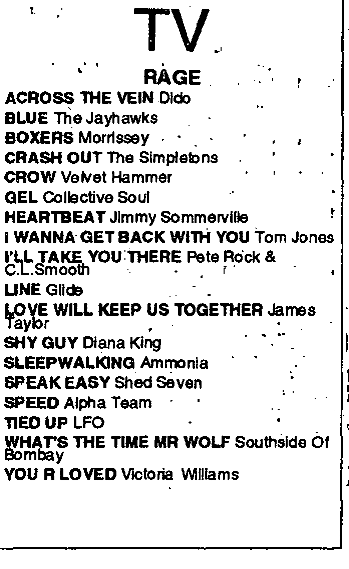 Wowsers Nathan, where in the world did you get all these new music videos playlists from? These are absolutely awesome! :)

Do you know if Rage still has all of these videos, or have they culled half of them?

ohnoitisnathan
Re: rage 1993-1995 new release episodes playlists
Lee
Do you know if Rage still has all of these videos, or have they culled half of them?
I got these from The ARIA Report, the national chart publication produced by ARIA, commencing in January 1990. There are earlier at later lists than these, but I've restricted this thread to the period where the Friday morning new releases episode of rage aired. I may do another thread for the other lists at some point.

I suspect that most of these videos will be in the ABC archives somewhere - assuming they kept them, that is.

Back on the old rage website, the moderator one replied that the archives are not (or, at least weren't at that time, circa 2010) organised too well, and e.g. there are tapes lying around where the contents are unknown, and someone would need to view them to see what was on the tapes.

I'd like to think that the majority of these videos are still luring around somewhere in the ABC vault. rage could produce some amazing vault episodes from these!
1 2
« back
Return to Website  > Index
Free Forum&nbsppowered by Bravenet