I'm replacing the points in my 25 Star. The points came in two pieces wrapped around each other that connect to the coil stud. One is a copper strip. The other is a spring steel band. I guess it is to increase the pressure holding points closed. However, I can't figure out how the second attaches so that it can do its job.

The second picture shows how they came in the box. The first picture shows them as two pieces. Notice how the steel tab on on the bottom in the pictures is not attached anywhere. I would think it would have to. I tried slipping it through the slot next the part that rubs on the distributor shaft but it won't fit between the post in the distributor and the case.

Anyone have any idea how this is supposed to work?

P.S. The car will run if I omit the steel band. 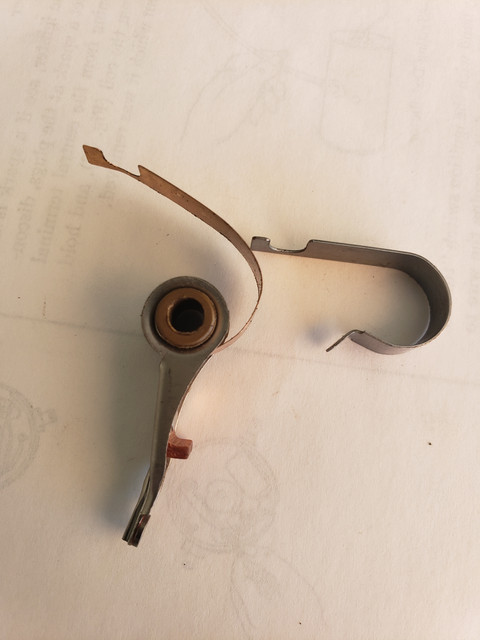 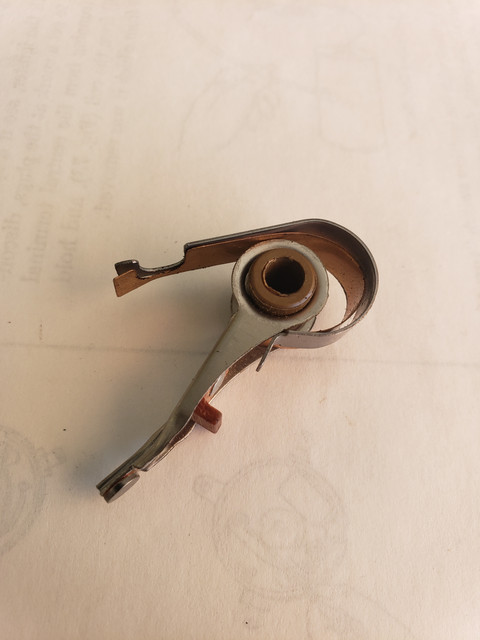 Where Are You From? North of Golden Gate Bridge