Jeff .. would that not be only for Star 1925 range before Durant Motors but after Star Motors. 1926 would have the Durant type shield over the star and Star name instead of Durant name, Durant Motors at bottom.

Copy off eBay of a April 1923 showing Star Motors owners manual pre Durant Motors. Not so easy just to say Star, Durant, etc as different crests / companies for each based on model years. Example the 1928 Durant has the blue D on white background as does the Authorized Maintenance signs. White D on blue for 1929 and so on.

Look under Museum on right side of DMAC and under that Durant Motors Automobile Club (with its mis info) Click a few pages and you will see the rad crests and years. Rugby one should say 1930 - 33 as Dominion Motors made Frontenac and Rugby to end of 1933. Its also missing the Frontenac crest which you can see in Photo's section under Frontenac. 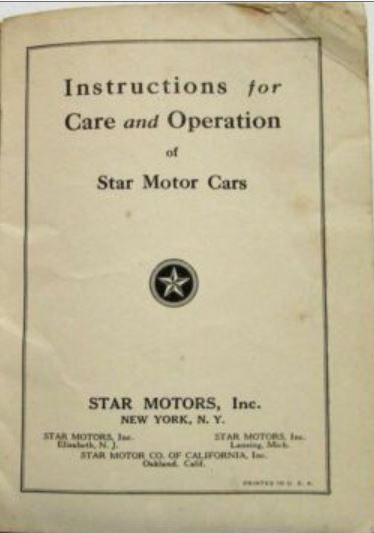 HI NORM I know each year was different I took an image of a green star sign and this is what they came up with as a rendering , IF there is design that represents the Durant car I can turn that in and see what it would look like im very open and it was just an idea jeff

Yes I realize its just an idea. If it was me (and I don't want one) I would want one with the 30 - 32 Durant crest and even more fussy Dominion Motors as Authorized Maintenance.

My son and daughter in law were in Calif a couple of years back and bought this for me not knowing it was incorrect only that it was Durant. The 29 D one. Their thought's were in the right place as a gift to dad. 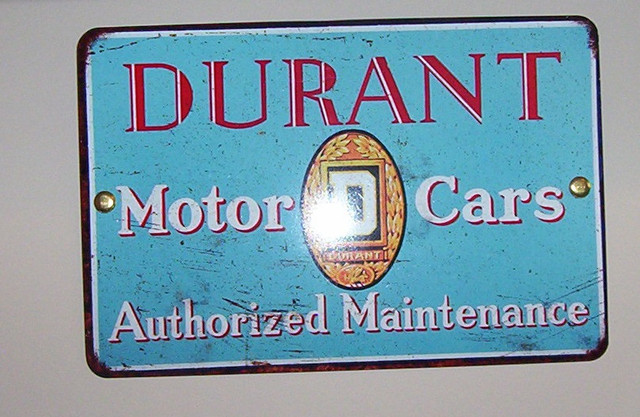 I would be interested in a thermometer and a battery clock.