Yes, KM Lifestyle Manufacturing Co. aka Atwater Kent did a nice job of bringing my gauges back to life including restoring the fossil of a sending unit out of my 619.

A little more on the sending unit saga....Ok, doing a little testing, I hooked up the modern 5 hole sender that I had previously changed over from 0-90 to 90-0 to the fuel gauge, the gauge read just under 1/4 tank with float down in the empty position and the gauge would read full with float up in full position....I took the old original frozen up sender apart and tested the sender coil with ohm meter, it tested 120-0... I then tested the modern sender with Ohm meter and it actually read 95-0, I was able to bump it up to 100-0 by messing with the float trim tabs and a little tweeking...So In my case I found that by adding an additional 13.5 ohms of resistance (2ea 25 ohm ceramic resistors in parallel) that I ended up with a 113.5-13.5 sending unit...The dash gauge now reads just a touch over empty with float down and just a touch under full with float up (almost within the margin of error)...I'll probably place the resistor(s) at the fuel gauge rather than the sender...It would be nice if they made a 120-0, 5 hole sender but so far I haven't seen one. 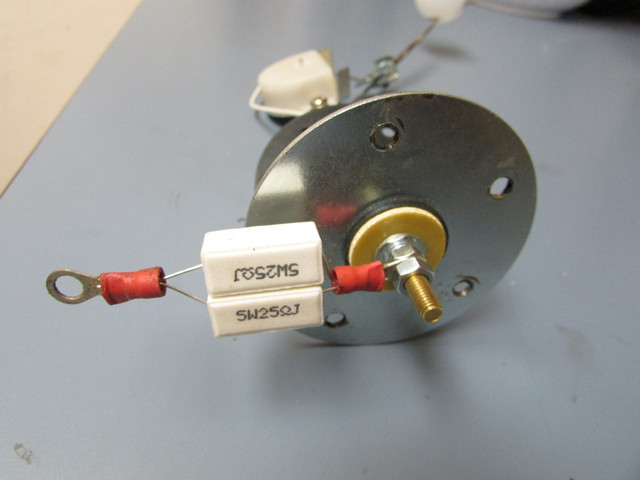