There is a ID/VIN plate on ebay right now for a 1931 Durant 6-14 that sure looks to be original. What I've noticed is that the model type and the car number look like they are cast into the plate(looks like there is some relief to them). I've never seen any plate that didn't just look like the numbers were hand stamped onto them( uneven spacing, slightly crooked in many cases). Anyone have one like this on their car? Ross

Ross:
Do you have an e bay number. I can't seem to find it.
Gord

Do You own a car built by Durant? 1932 Frontenac assembled by Dominion Motors Ltd., Leaside

Gordon the ebay auction is 173446816932 The 614 is stamped with the same font. The plate is from the Lansing plant. I agree that most of these id tags are stamped quite irregular but the Michigan factory must have used a tool to hold the numbers straight. I worked at an engine plant, they had a tool that held the numbers and they had to be changed (one or two numbers) every stamp (300 motors an hour and the guy kept up).

I couldn't find it, either, right after Ross posted it Gord.

Ah now Bob has given the eBay number its just a regular 1930 vin plate from Lansing (not a 1931) and looking in the Registry a copy of Dave Schulte's 1930 614 roadster Lansing vin plate 1000 more than this, is nice and clear with same straight number stamping.

Another example; (note: true to "no two the same", the 614 was printed on this plate) 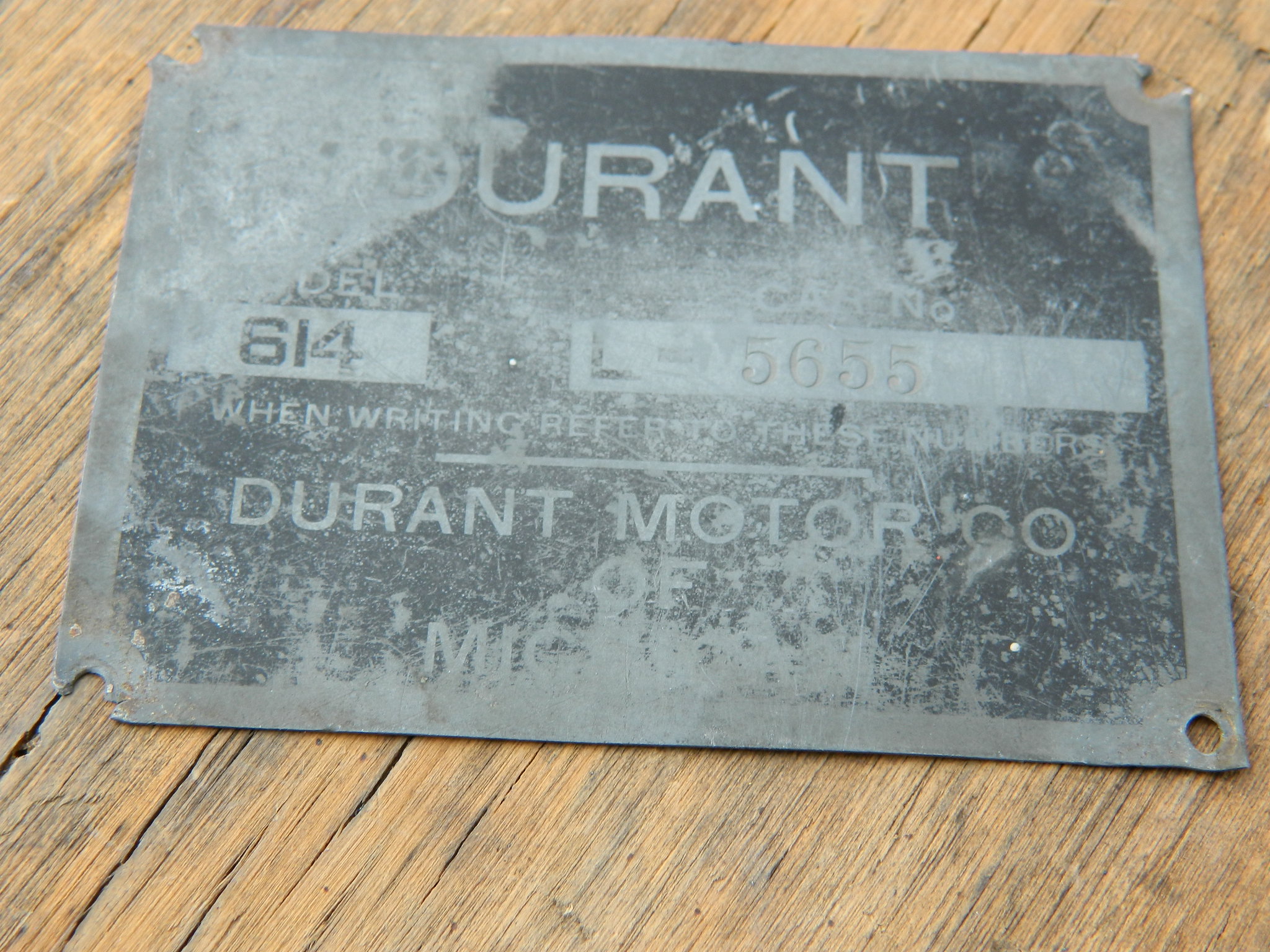 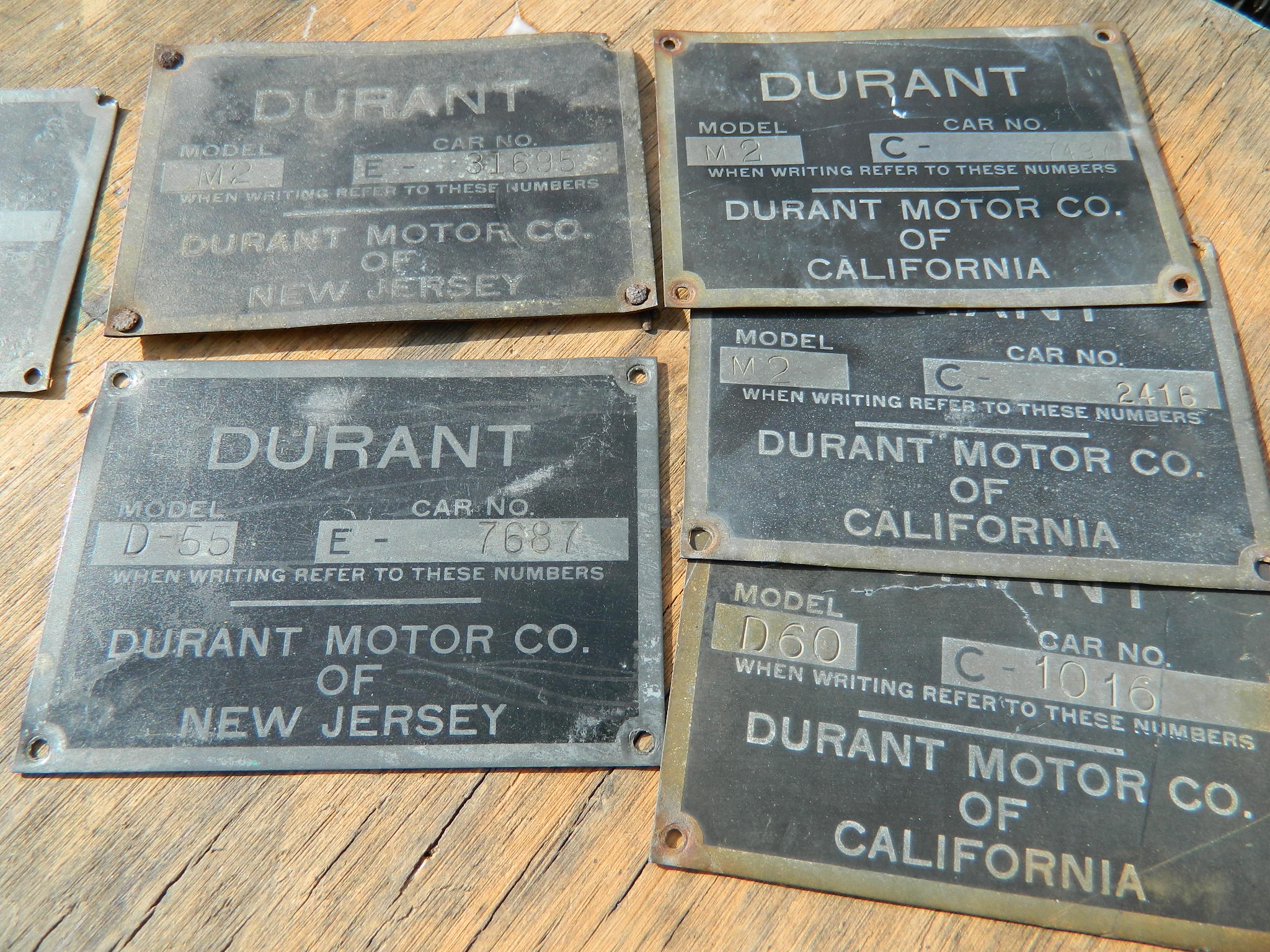 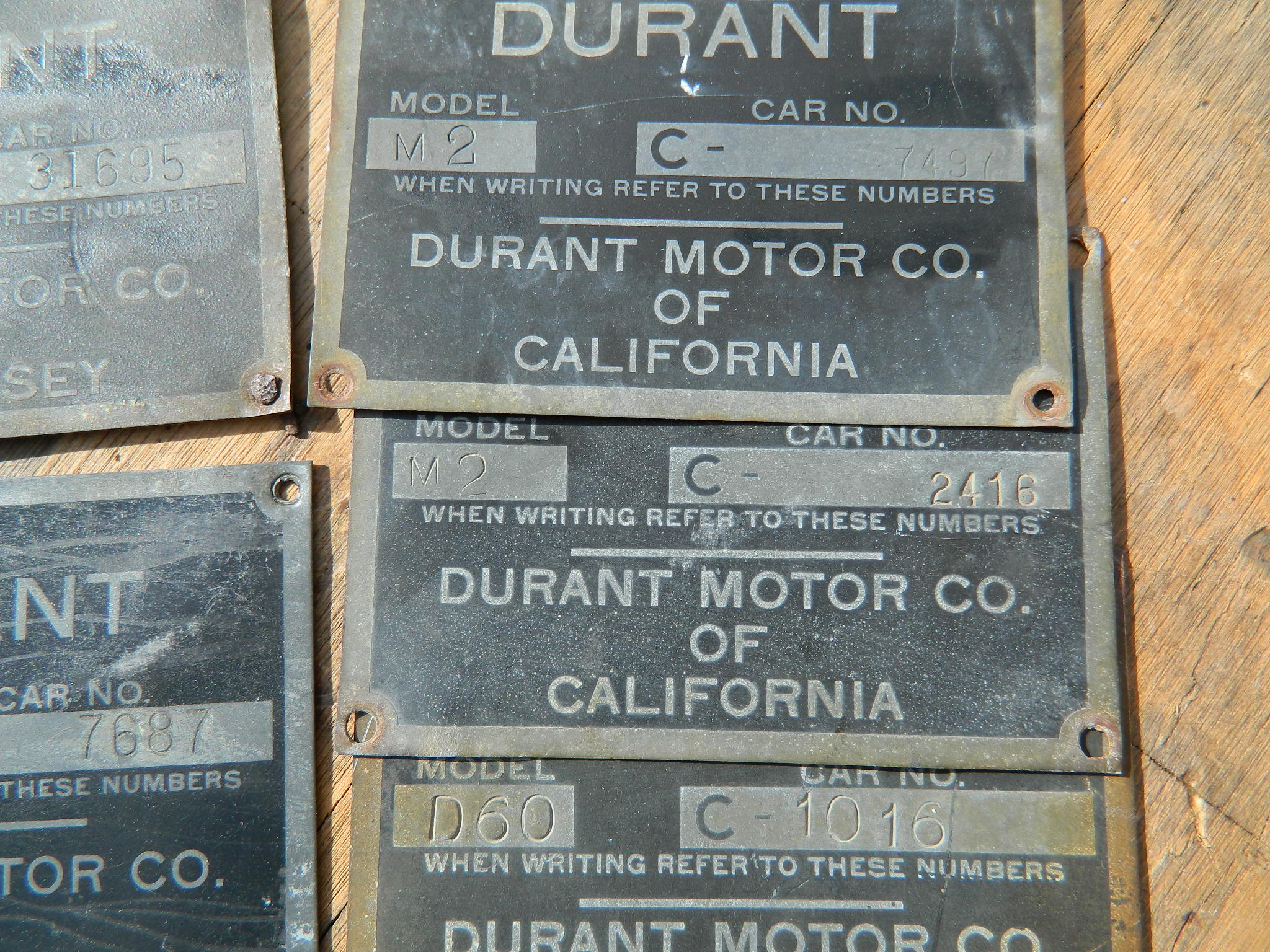 The font from Lansing is the nicest?

Well not to belittle this point(but why not it's a cold,quiet weekend, nothing going on, right?), but on my computer it looks like the numbers are cast into the plate giving a raised appearance. That would mean each plate had the numbers set up for a special cast. (note especially the number "2"). Obviously no big deal, but like was mentioned above, no two alike. Ross

Ross I think what you notice is an optical illusion. I do not have access to the 1254 plate but it would be impossible to raise the serial number ... without other evidence (a sunk block)over the entire face of that plate. 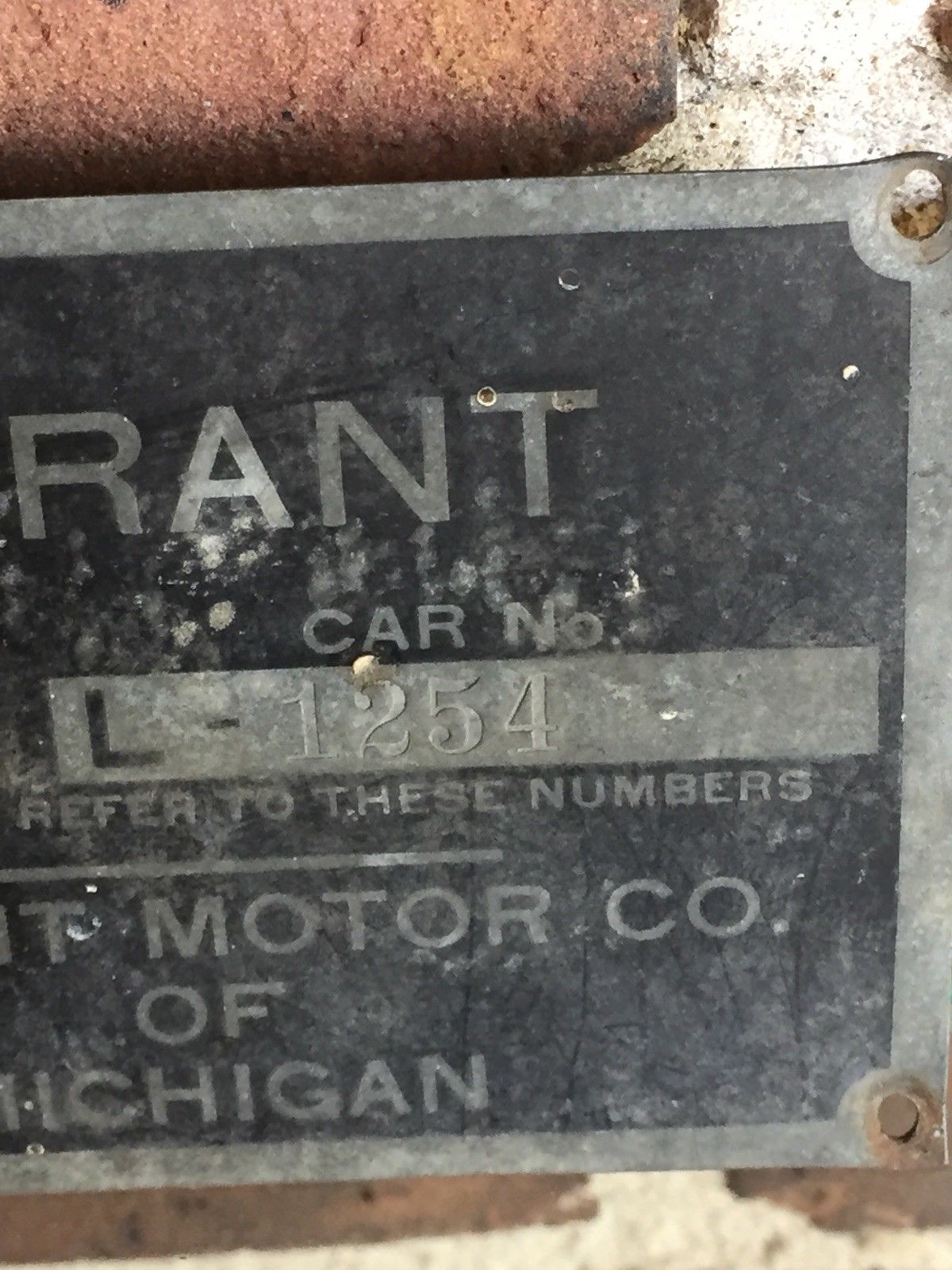 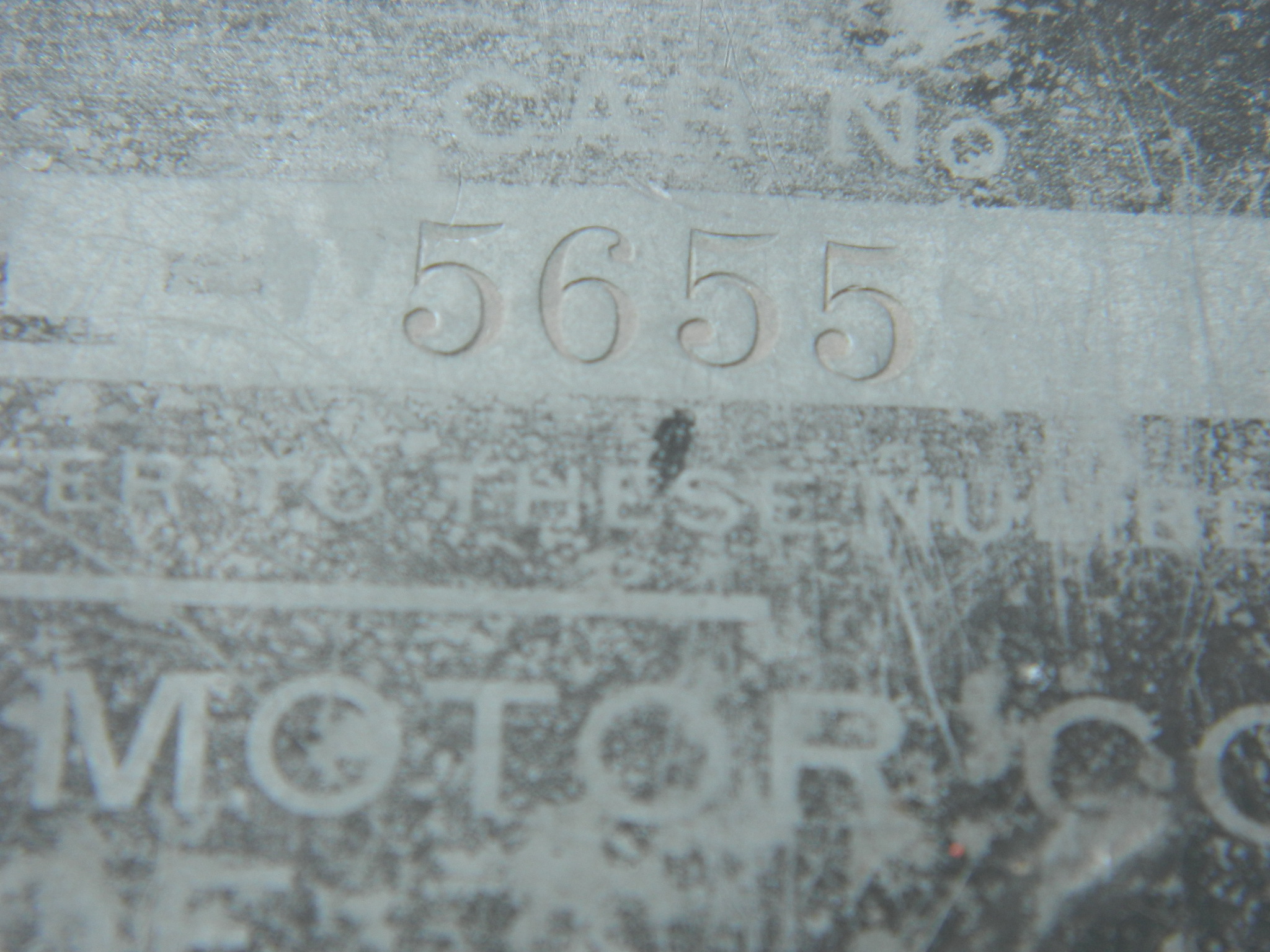 That is a nice stamp set...

Email
b
Bob Bush
Re: VIN plate on ebay

Bob: I agree with you: "no two the same".
My 1930 614 from Oakland has the 614 and vin stamped in on the plate. However, my 1931 612 from Lansing has the 612 lettered (printed) rather than stamped. The vin number is stamped, but it has a Roman style to the lettering which, depending on the angle and light when viewed, could appear to be raised lettering rather than stamped in lettering (an optical illusion). It looks like the second plate in your last email (second photo). 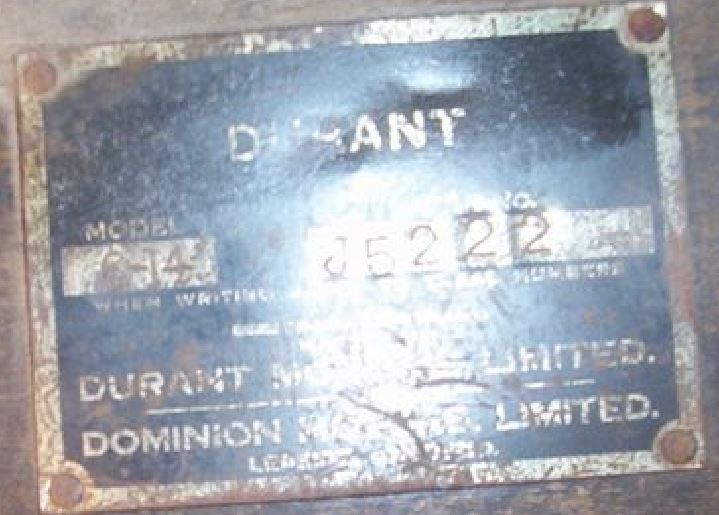 I noticed another id plate on ebay. What dawn on me is that some plates are so neat and have fancy stamps that Durant Motors would have had to have bought these pre-stamped. It would make sense. If you go to the trouble of ordering these plates, you know how many frames you are going to need.. why not order the number series of plates needed. Put the stamping burden on the plate provider? 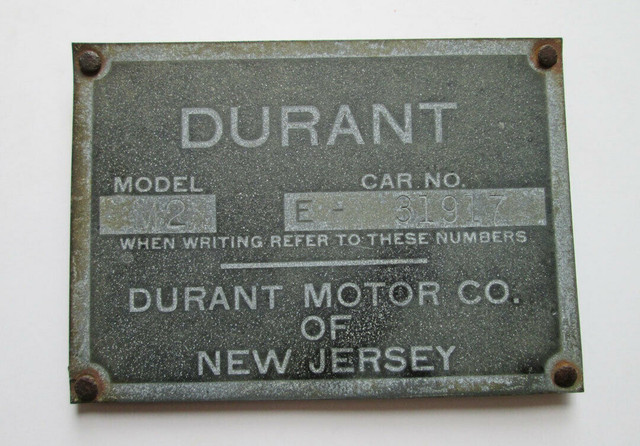 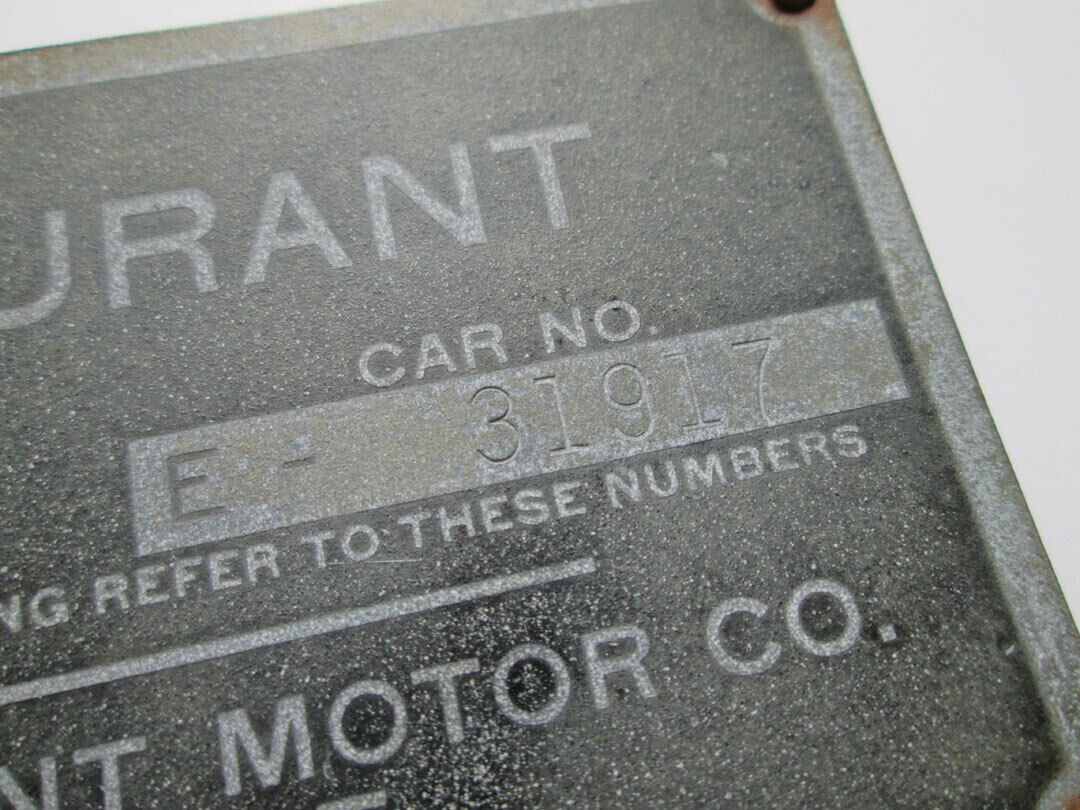 Do You own a car built by Durant? 3