I acquired a ROUGH Rugby truck this week
Need all of the rim clamps. Wood framed doors in salvagable condition.And someone who could look at my pictures and tell me what I have or don't have.
THANKS!
Dave 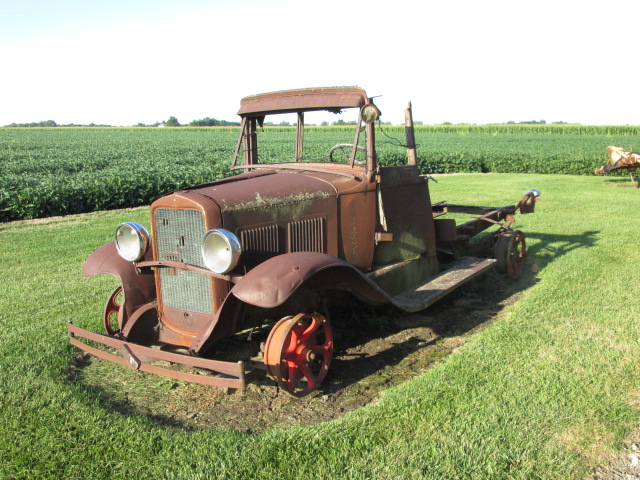 Dave-Nice find. I like how the truck has a mowed area in the cornfield. Doesn't this have to be a 1930 or later truck? It must be heavy duty due to the steel wheels as opposed to the regular passenger car wood spokes. Must have been a stake bed or flat bed. I see it still has a taillamp stalk left! Is it a four or six? The fold out windshield must be for the truck version. I can see potential in this. You'll have the only one on your block.Ross

We can rebuild her!

Must be Canadian … note the rad heater from exhaust pipe. :flag-ca: 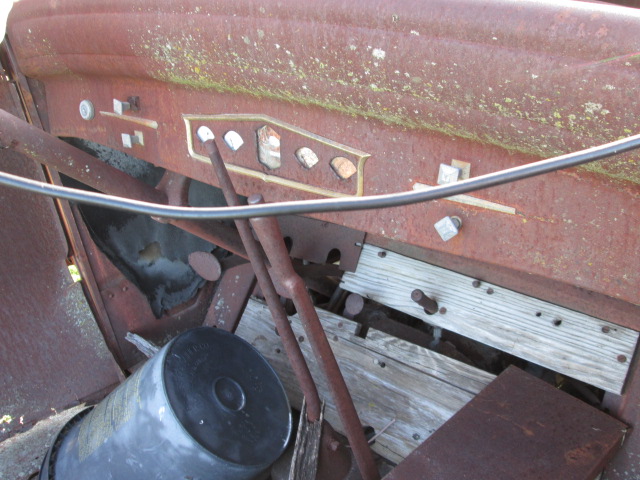 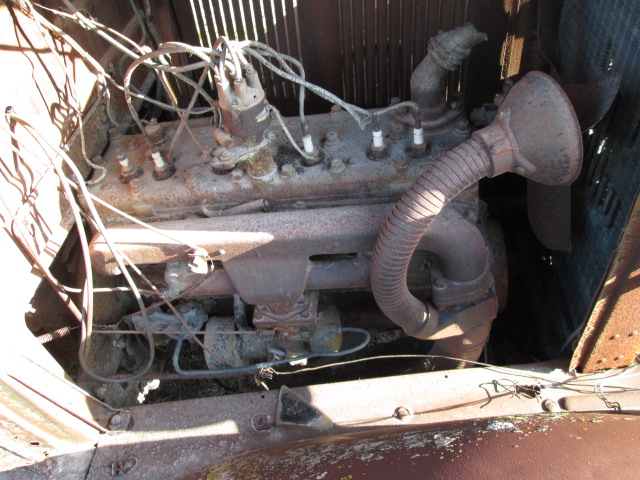 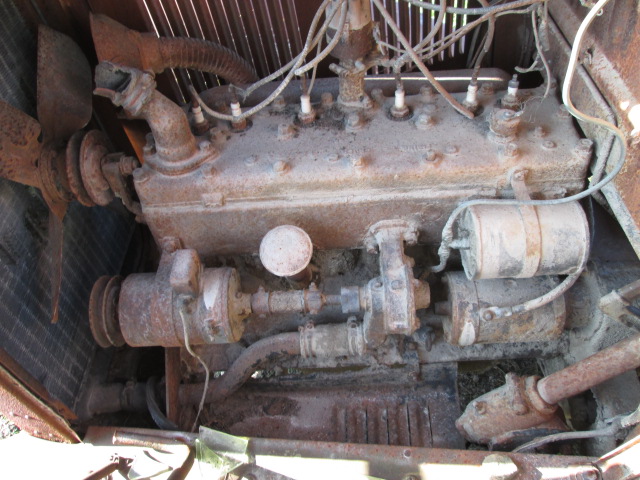 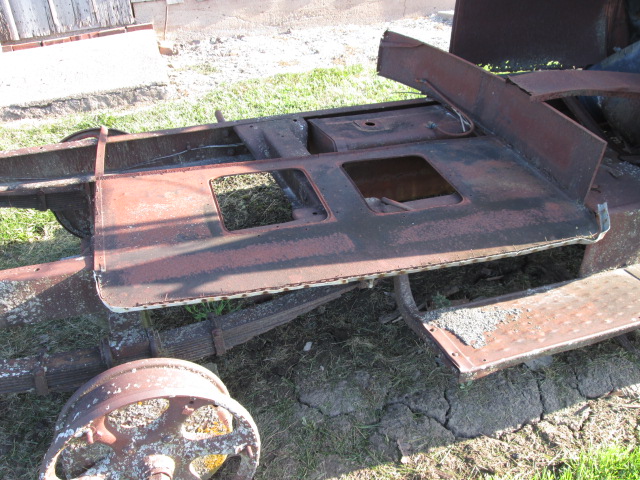 Here's one you can rebuild Robin. It's just outside Henderson Ont and must have at least one piece off a Billy Durant vehicle. Front axle is not I beam but tubular, upside down for clearance. Has two updraft carbs on it, back to back, one drawing in from back the other drawing in from front. Its a 6 cyl and has the vacuum tank plus cam operated fuel pump on the engine. Front horns have .a place to hold a twin bar bumper. Couldn't identify anything on it. Might be PM. Justin Trudeau's personal limo he's thinking of loaning Donald Trump ha ha. 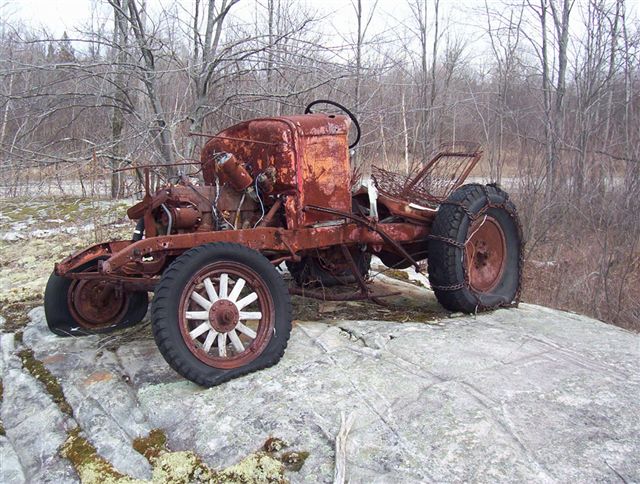 Found it again .. Leaside supplied chassis and Canada Carriage and Body Company of Brantford, Ontario, did bodies on the Rugby's.