Hi, here's a few pics of what I'm looking at. It's missing the cross shafts, transmission mount, pinion gear assembly... plus a lot more!

Don't know if the firewall tag and fenders are from this chassis. Thanks, Bill 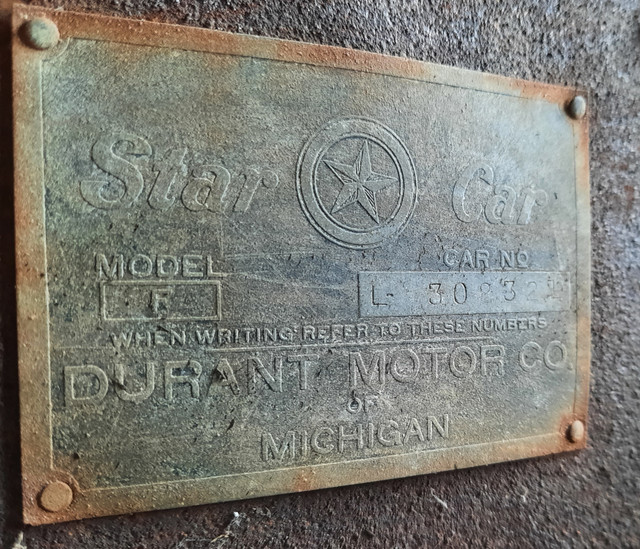 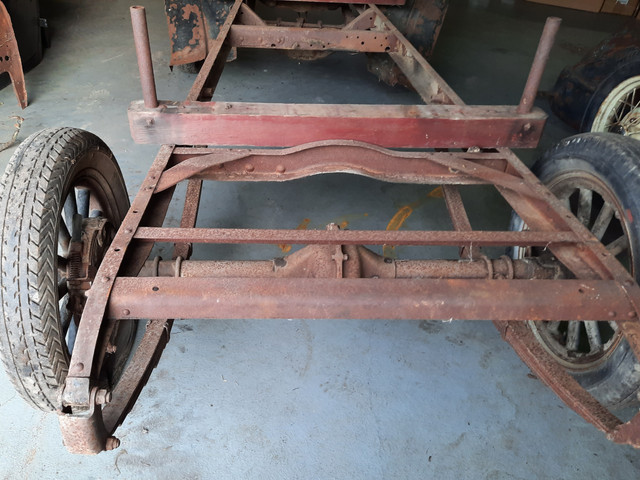 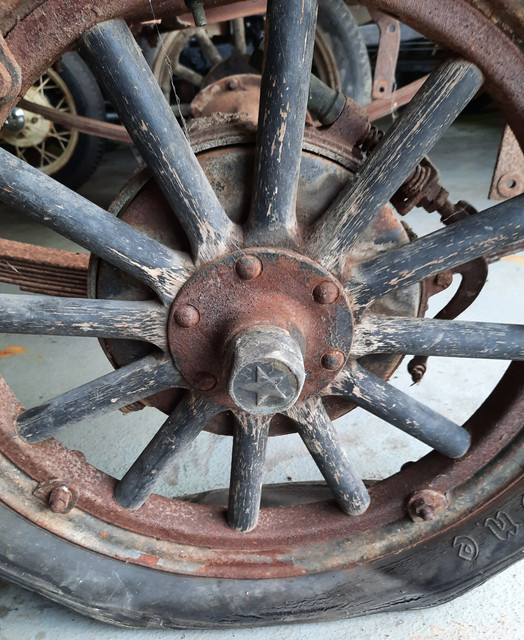 how do you upload a photo 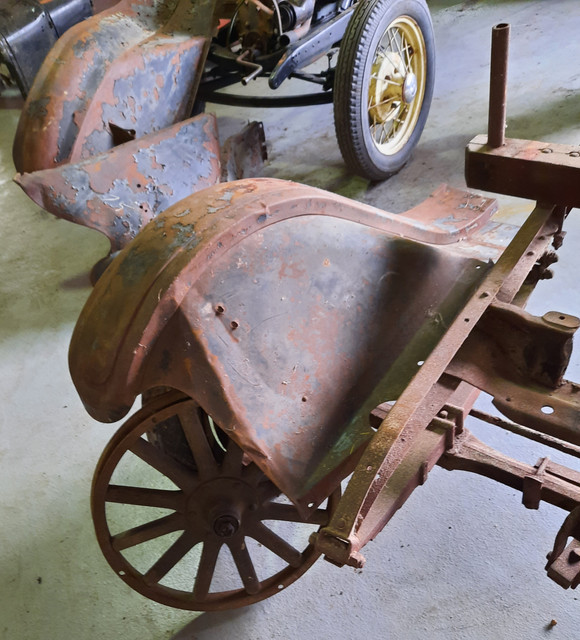 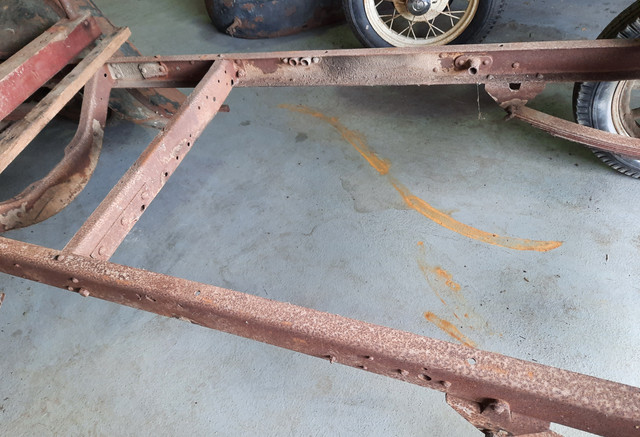 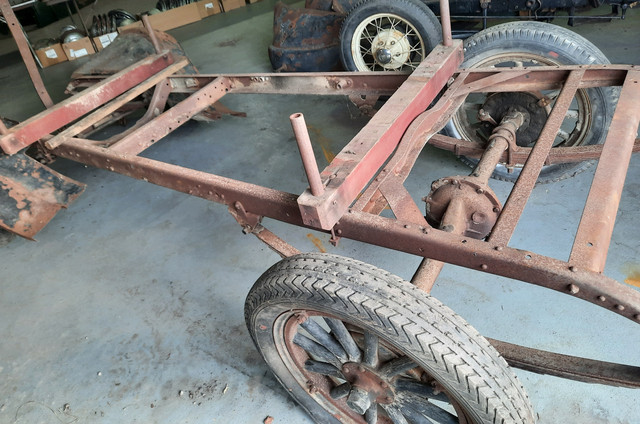 Where Are You From? Northern Ohio

Do You own a car built by Durant? Have a Star engine... but looking at a Star Chassis

Email
n
Norm Toone
Re: How to ID the year and Model of a Star Chassis

That vin number is Lansing plant 1926 model year F Aug 1 1925 to Dec 31 1925. Rad crest the Star name on the Durant crest on the Star, with Durant Motors name in the white ring at bottom of the crest. Now Star is Durant Motors not Star Motors of NY.
See what Don says about the frame.

Email
b
Bill Coyle
Re: How to ID the year and Model of a Star Chassis

Thanks Norm, that's interesting. How can you tell the model year ect? I looked in the star registry and 302321 fits in near the end of the 1925 group in the Lansing section. There is a red coupe 304620 made a little later with just a star badge on the radiator. But it could have been changed over the years.

Does the front fender look like a Star fender? The hubcap has just the star on it, no Durant crest, so that is probably an earlier 1925 model F?

Where Are You From? Northern Ohio

Do You own a car built by Durant? Have a Star engine... but looking at a Star Chassis

Email
n
Norm Toone
Re: How to ID the year and Model of a Star Chassis

Don't go by that Registry in DMAC as its full of errors as we discovered. Two of us up in Ont work on his Registry of vehicles world wide adding as we find more to Steve's own Registry.
Not to get off track but do you see Star X in the durantcars Nope now that's odd as X came out same time as L. X was 4 cyl and L was 6 cyl.
Now check under Frontenac registry and you see vins with T as Leaside and G as Grand Rapids. Totally incorrect, Terry did not believe we used Alpha 1931 and later so put T. Only the Rugby truck continued the T. Frontenac is Canadian only, 1931 E 618 used E and 1932 E-670 used G. There was no Grand Rapids for Fronty. My 32 614 is J alpha. Goodness knows what Dominion Motors would have used if it continued to exist and ran out of the alphabet on models and years. They did get up to P for the 1933 C600 Frontenac. No point in showing more errors in durantcars.

Email
d
Don Shilling
Re: How to ID the year and Model of a Star Chassis

It is an F frame, (flat top side rails and arch crossmember over rear axle). The transmission is bolted to crossmamber and rear of trans is suspended on the brake cross rods. (Same as C model)

Email
« back
Return to Website  > Index  > Durant Forums  > General Discussion Forum  > Re: How to ID the year and Model of a...
The Durant Motors Automobile Club