I'm trying to get some information on the value of a 1930 Durant I just picked up. Its a 4 door sedan right hand drive. Should run and it's mostly complete.

Bit more info and pictures would be needed to even hazard a guess. Durant / Stars are considered orphan cars and as such do not command a high price fully restored. Perhaps $10,000 if lucky. It's a hobby and should be treated as such with no expectation of ever getting back a fraction of all the money spent restoring one.

When you said RHD, it struck a cord and I wonder if its this OZ one that keeps moving around with roof missing over driver and bucket seats ? Its been talked about on Forum in the past. OZ (Ruskin ?) body with wood posts and wood framed doors versus the NA Durant Motors body with steel posts and all steel Budd doors. This one has been for sale a number of times over the years. You will note Dave of our club has asked a question 2016, 18, and 19 with no response.

Yes it's that car, but that's not my listing. I just traded for it yesterday. I own a shop here in Texas and I rescued it from a rat rodder. I can't figure out how to post pictures on here. If someone can call (817)500-1799 me or send me an email 513classiccars@gmail.com

I want the car to be restored to factory condition by somebody that truly appreciates it.

See how well this works from that site. I know it was on eBay as well. There were pictures of it with drivers door open, the rear end with its odd bumper, etc etc. Not 100% sure but it might have been in Calif for sale as well. I know there are Forums in here somewhere talking about it and what OZ body was on it.

No not your listing but some things are on Google search it seems forever. I just asked for images 1930 614 Durant and there she was ha ha.

I don't think Steve or I ever got its info to add to the Registry and I will send you our form for what we are looking for. 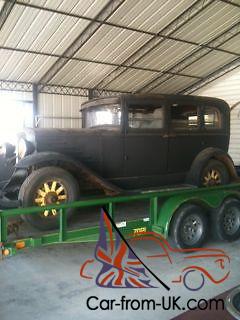 I'll try to post recent pictures from my computer. The forum is barely compatible with my phone.

Any idea of the production number with RHD? And what is OZ? It is the wood structure.

OZ is Australia. Our cars were exported all over the world and countries used RHD like Australia, New Zealand, England as a few. Because of export / import taxes cars without bodies got shipped down under. That car is an OZ car but I can't recall what body was built on it.
Could well be the car chassis was sent to OZ, a co there built the body (like Ruskin as one name) and somehow the car got brought back to the US in later years. There are lots of RDH cars in the world from Billy's empire and since Star was a car in England Billy called Star exports Rugby not to be confused with Rugby trucks. Durant's also got the Rugby name on a few models.

We have a 1930 407 Rugby (Durant)touring in Ont that was exported to Argentina by Leaside plant and is now back in Ont again. Leaside was an export plant of Durant Motors, plus selling in Canada. If your car still has its vin plate it will have C for Oakland, L for Lansing, T for Leaside as first initial of the vin number. It will also have plant name. It might well have an OZ vin number.

You probably won't be able to post pics unless you use the How to Post Pictures shown above the Forum which is how I do it. We used to use Photobucket site but they went all money hungry plus a pain to use and get at our photos.

Dustin has sent me 4 pic's of it. Its for sale and perhaps someone can give an approx price for it.

Great, thanks. It's probably 95% complete. Here's some photos of the car as well. Unfortunately it has deteriorated some since the last time it was auctioned. I do have a few questions, since I will be selling it.

What does OZ stand for? Australia
Any idea of the production on this one being a RHD? Fair number of RHD vehicles world wide that countries use RHD.
Now that you've seen it, what is your opinion on the value? 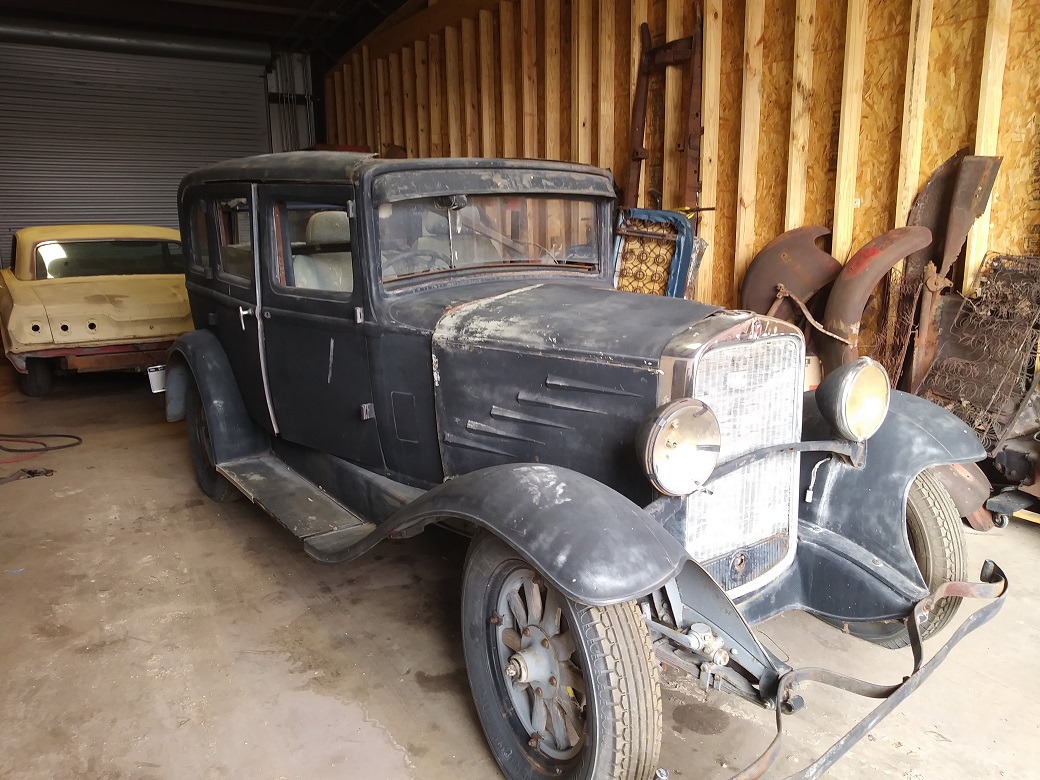 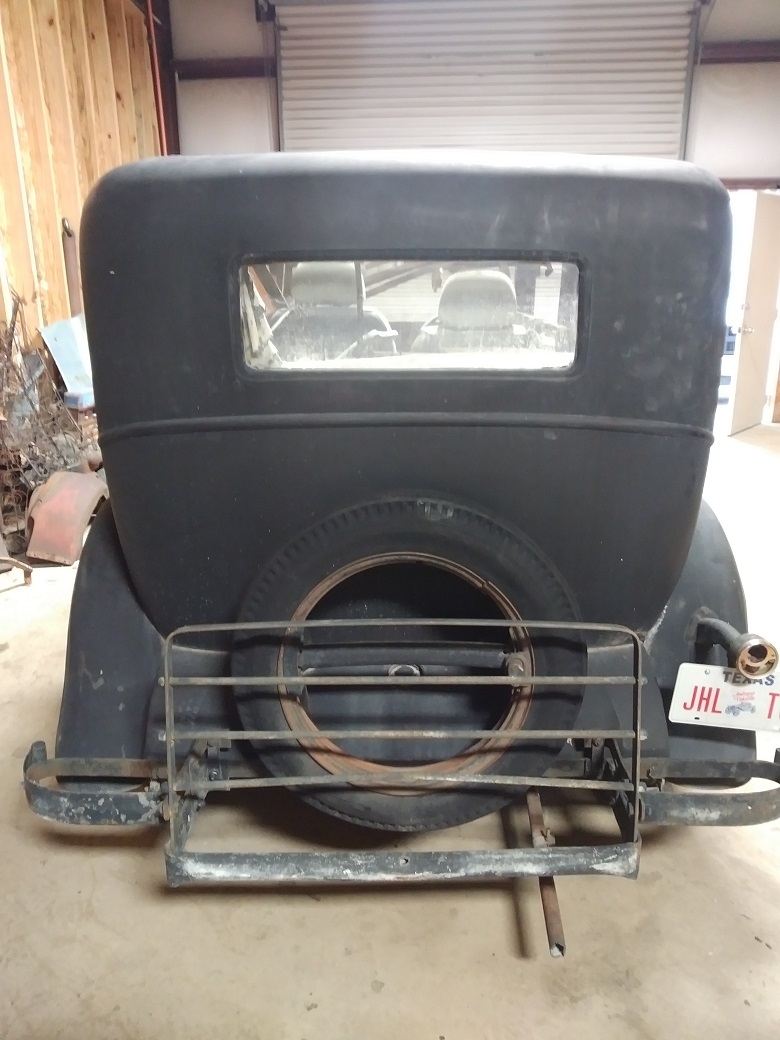 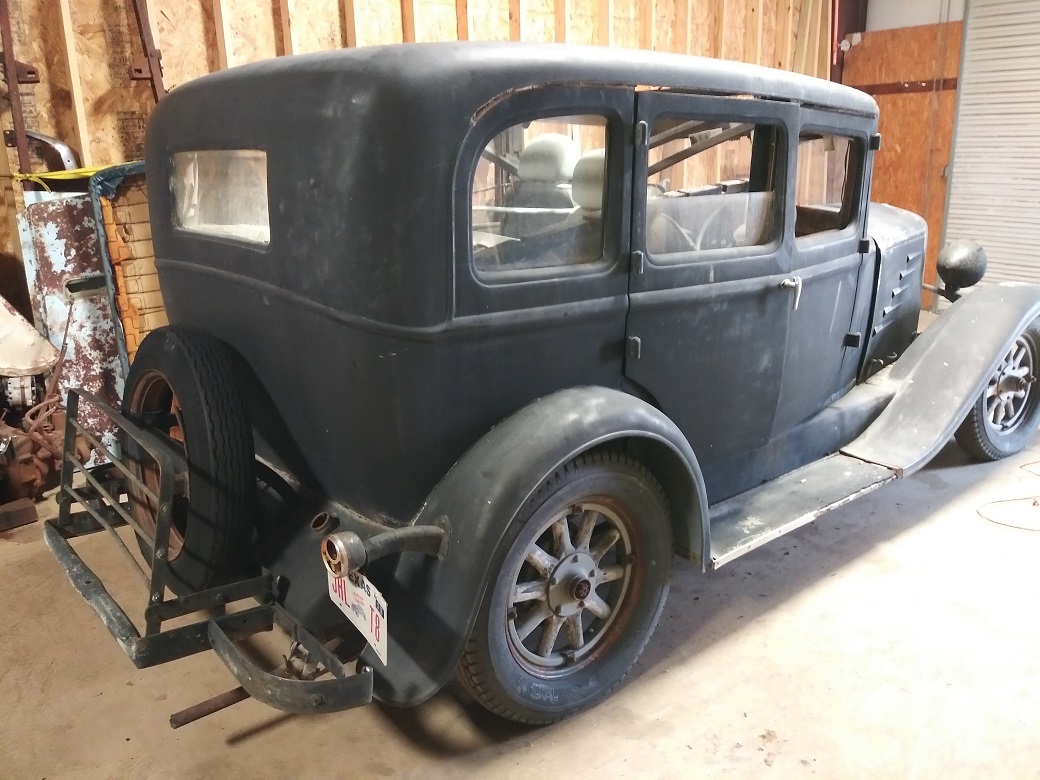 Norman, I appreciate your help on this. When I get a chance I'll get all the info for your registry.

Looks like an interesting project. Right hand drive is an oddity in North America.

Do You own a car built by Durant? Not yet.

The 6-14 has a Richards body. It is a rare example and should be saved, unfortunately unless you are a mail carrier the right hand drive doesn't add much value in North America. 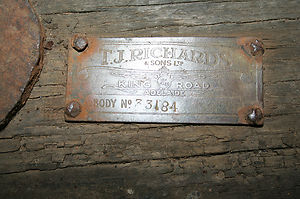 I thought this car was a good restoration candidate because of how complete/straight it looks. Maybe $3000.00? We are at a point(probably have been for several years) where it makes no financial sense to expect any financial return on our cars. Unless you are like member Bill Hoaglan and can do everything yourself, you are into a money pit. I have a classic mini with RHD and you can deal with driving around just fine. But with a slow sedan with blind corners on the back you'll probably need a rear view camera! Looks like you could at least sell the 1985 Subaru front seats this comes with to get back some of your money? Ross

Well Ross it seems by your response that you hold no real value in this car. I was under the impression that this group was about preserving these Durants, but I guess no matter where you go on the internet you always seem to find the guy that holds more value in the $20 bucket seats than the 90 year old antique.

Thanks for your "response".

Well, I think our cars have some value, but the market has spoken, and you would have to look far and wide to find a Durant that would crack the 30k barrier, restored to perfection. Who can explain VW 23 window buses going for over $100,000.00? Have they ever driven one? To make money you need to find the 'flavor of the month' and the right buyers. Ross

OK everyone, the club cannot let this car get away!!

I just called Justin and we had a good chat on this rare car.

As I told Gary, my intention for the car is to get it in the hands of someone that will preserve it for what it is. I realize that it's a rare car, possibly the only one here in the states. However I'm not trying to get rich off of it.

I came here with it first to give somebody the opportunity to save it from being hot rodded, and it may be the last chance. A rod guy like myself would probably pay more than a restorer honestly. Meaning an auction would probably put the purist out. My number on it is $4500.

FYI: This car is still available. Hopefully it will end up in the right hands.