Looking at this site and through the photos I see a lack of touring bodied Durants in North America for the 1928 and later years. Where there not many made or did not many survive? I think it would interesting to find one in any condition and attempt to revive it. Any thoughts? Does anyone know of one?

Where Are You From? Hookstown PA

Do You own a car built by Durant? Many

1930 6-14 touring--At the first Durant meet with Jeff Gillis' Durant Family Registry in Dearborn MI there was a partially completed 1930 6-14 touring owned by a Canadian man who was a real estate agent.The car wasn't at the meet but I still have a photo from his garage with this partially completed car. I wonder where that went. Reg might know. Ross

Email
r
Robin
Re: Durant touring cars.
Ross
1930 6-14 touring--At the first Durant meet with Jeff Gillis' Durant Family Registry in Dearborn MI there was a partially completed 1930 6-14 touring owned by a Canadian man who was a real estate agent.The car wasn't at the meet but I still have a photo from his garage with this partially completed car. I wonder where that went. Reg might know. Ross
Yes a 1930 6-14 would be interesting. I do have an affinity for 1928/29 styling though.

Yeah the one I am thinking about was a 6-14 sport touring or sport phaeton (not sure what makes them different--Norm?). But this meet was the first in 1981, set up by the late Lynn Meeker. I cannot imagine that any open car would be practical in Canada in winter, so there must be few (and everyone was poor to afford this more expensive vehicle.

Note most are from Lansing for some reason. For a Co going down the and out of business they sure put out a variety of models with 614. Standard, Special, Deluxe, Sport. My 1930 sedan in the 60's was Special so had the fender lights but wood spoke wheels.
And difference touring to phaeton ??
Odd that US had winter front rads but it wasn't even an option up here.

Norm and Ross:
Was there any production of 30,31 (6-14,s) out of the Oakland factory? We know the DeVaux was "cowl back" more or less Durant.
DeVaux did not have a U.S. production of 31 tourings. Oakland did make 31 DeVaux tourings for export. I know they went out of the Oakland factory because I have a picture of them (in boxes) being loaded for shipment to Lebanon. DeVaux also did (or planned to) send running gear to Australia.
I can still dream of finding a 31 DeVaux touring.....(with right hand steering!!).

I have pictures of the 3rd. 32 DeVaux Touring rusting away in a fishing village in Argentina.

That should have been 32 DeVaux convertible!! 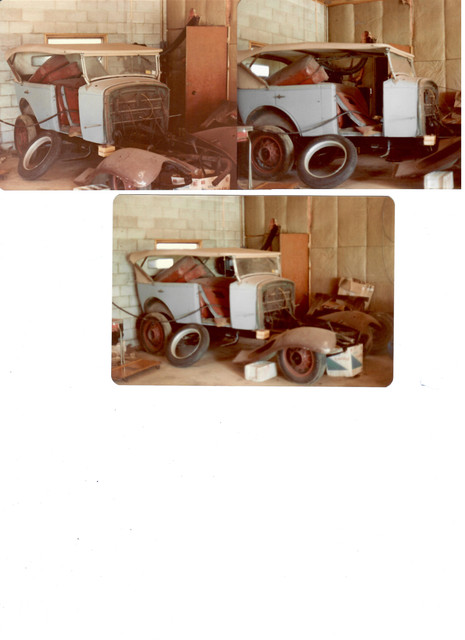