So the more looking and more comments, the more questions. I am fairly sure this is a close to original California 1927 Star M. C-405077, engine W5 437688. I know a lot can be changed in 90 years, and the paint, upholstery, and engine have all been worked on, but not to the point of losing originality. Again, my question is, since there really aren't any good photos of the rumble seat area, did the Star come with a rumble seat roadster in 1927?? In a 4 cyl.? The 1926 brochure looks similar, but not in a 4 cyl. 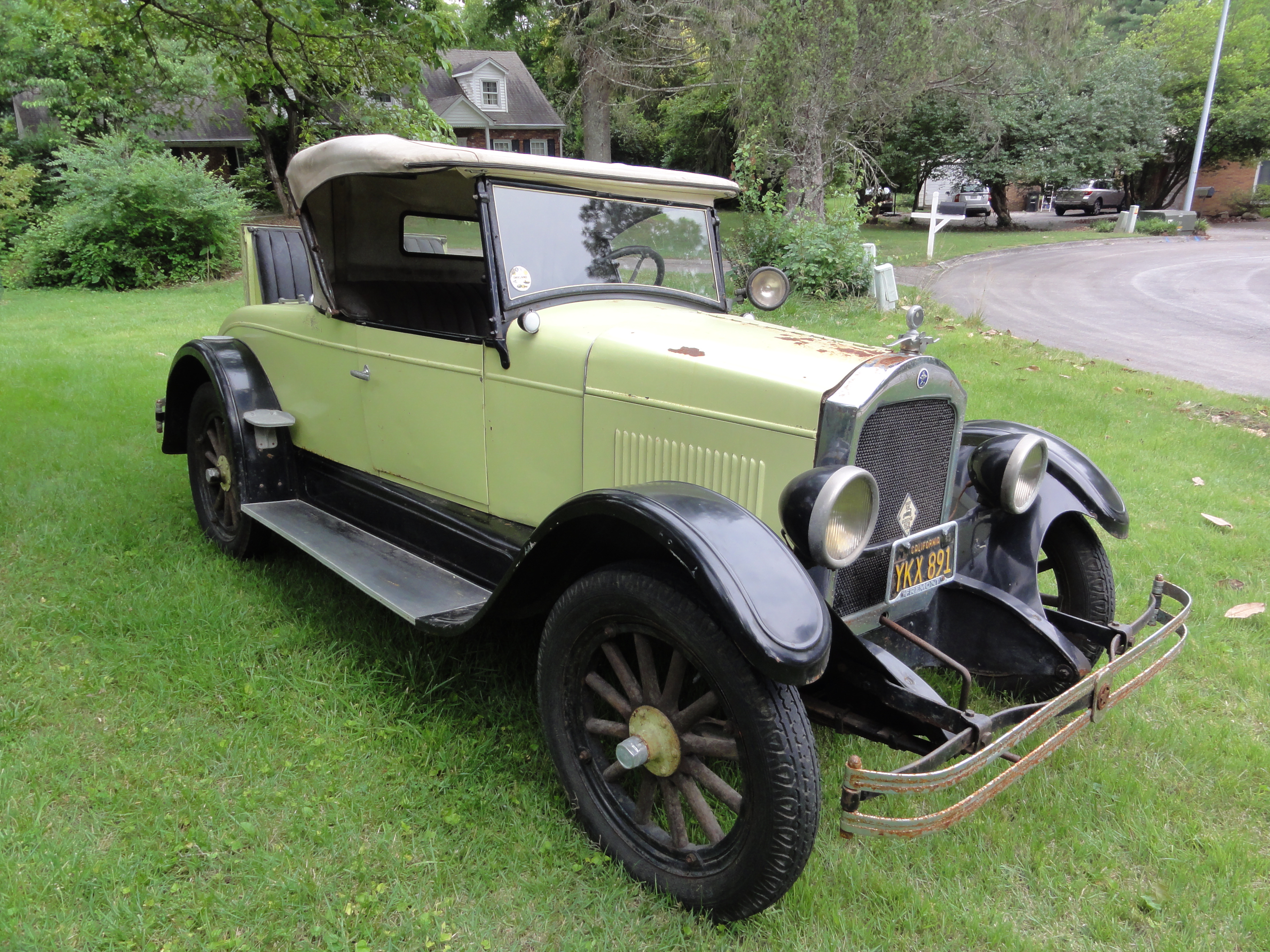 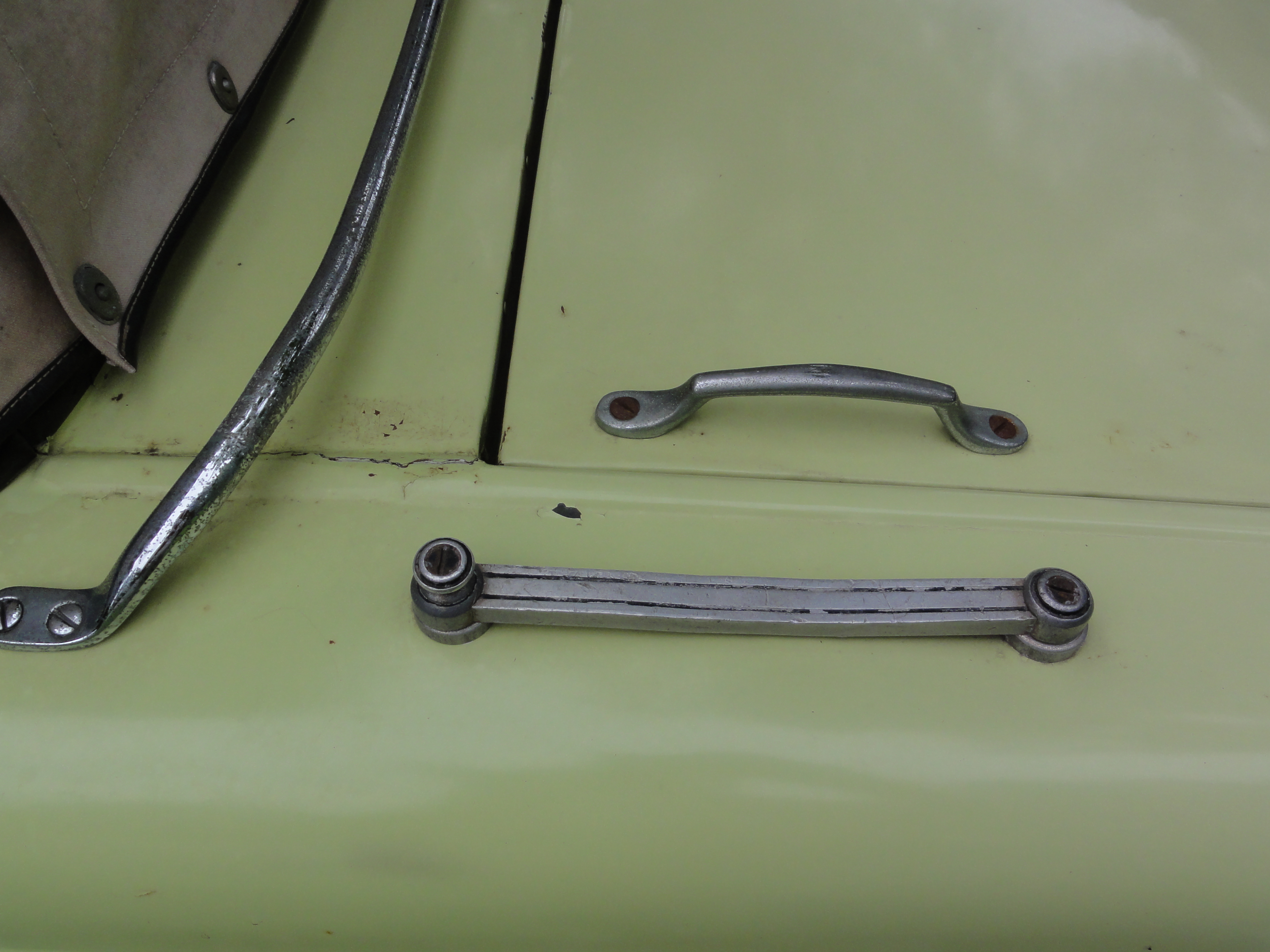 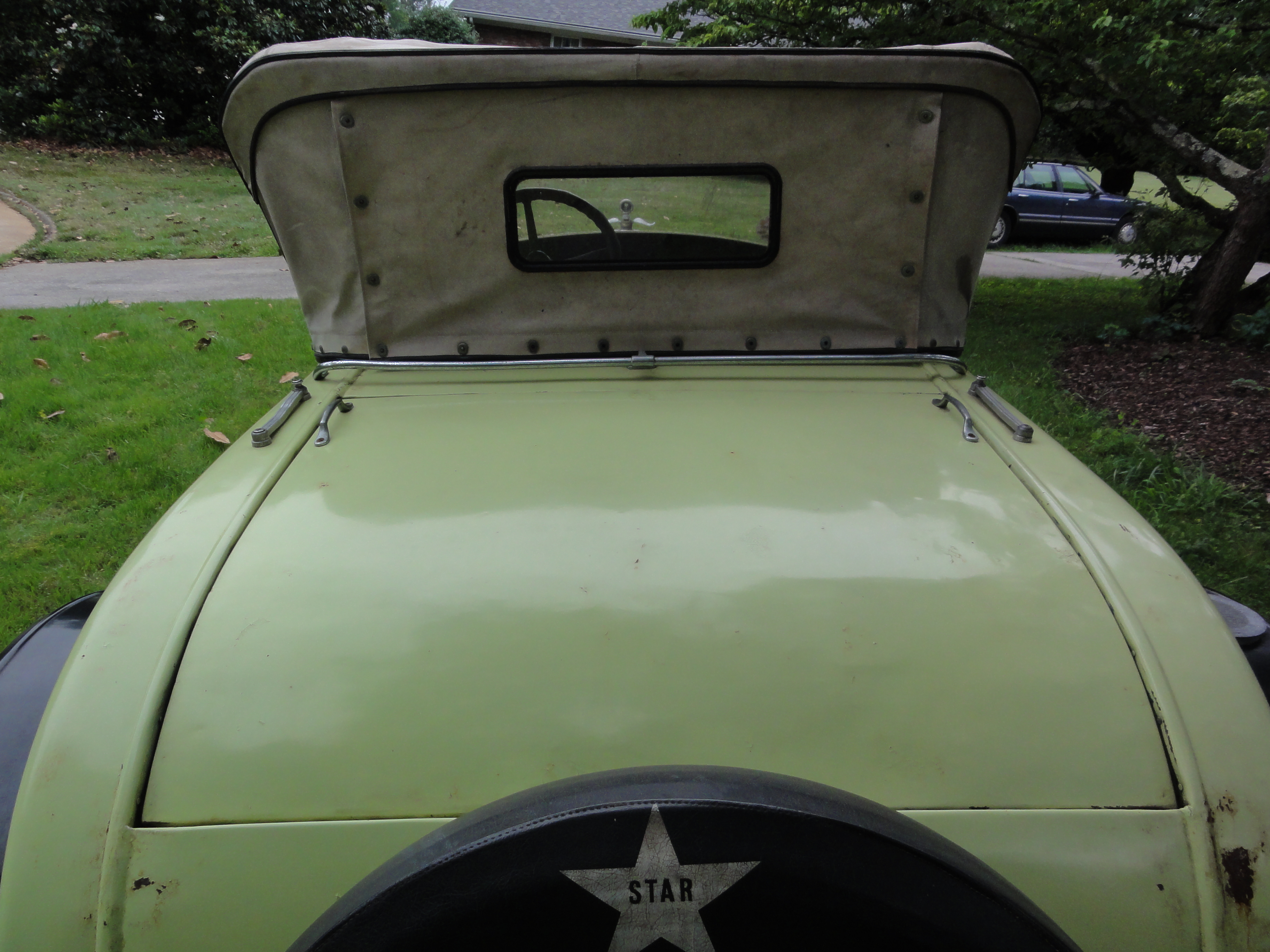 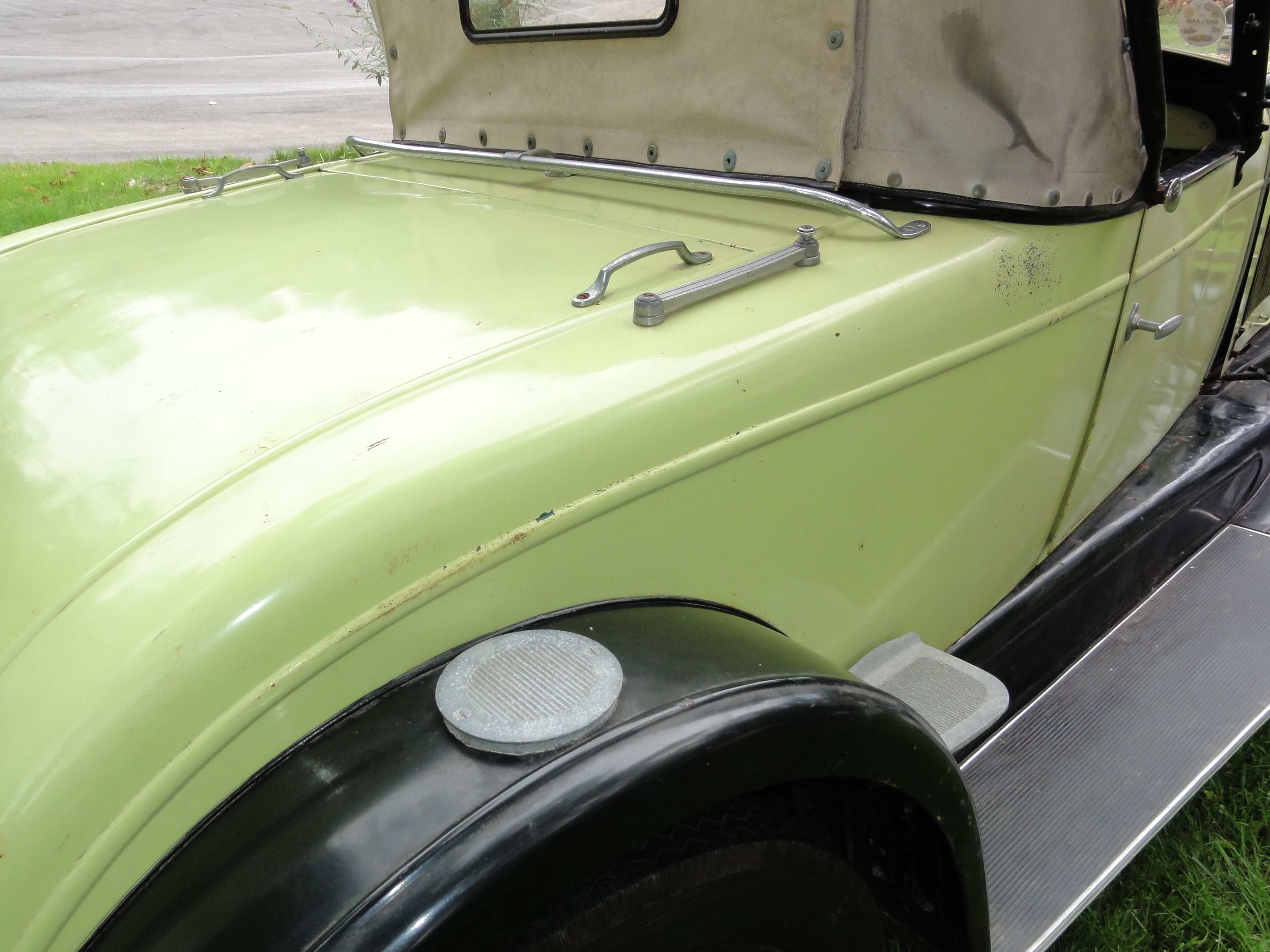 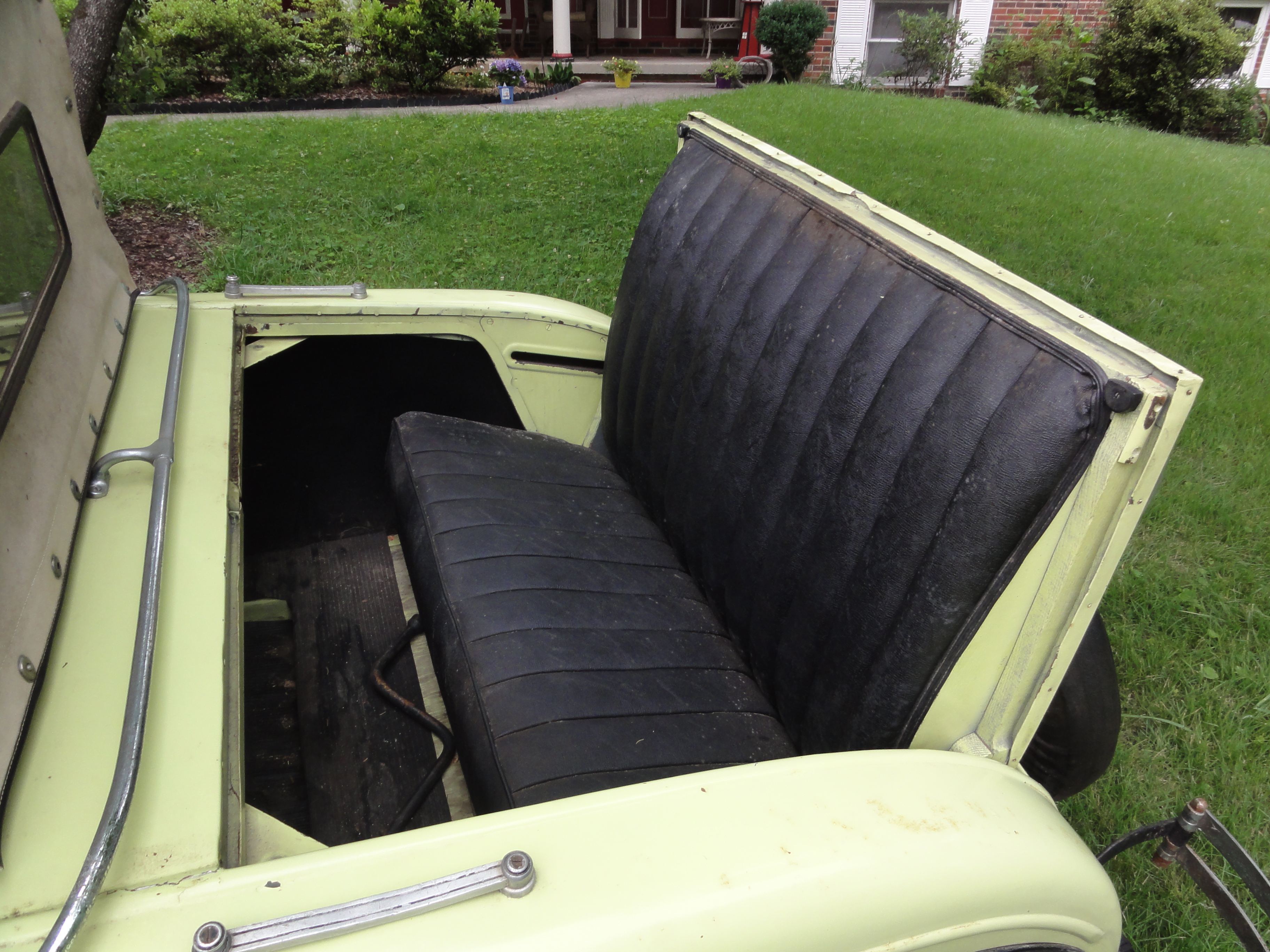 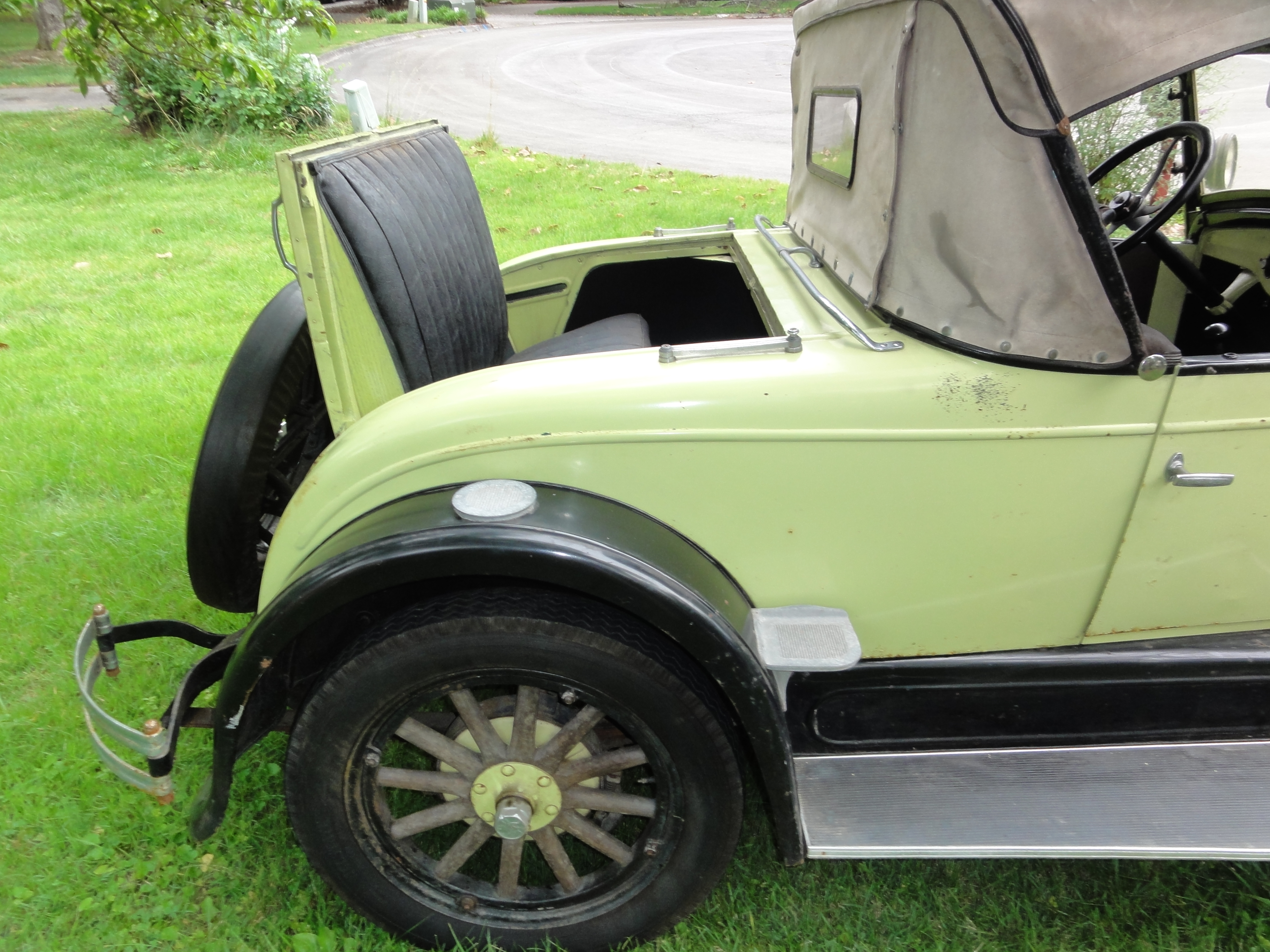 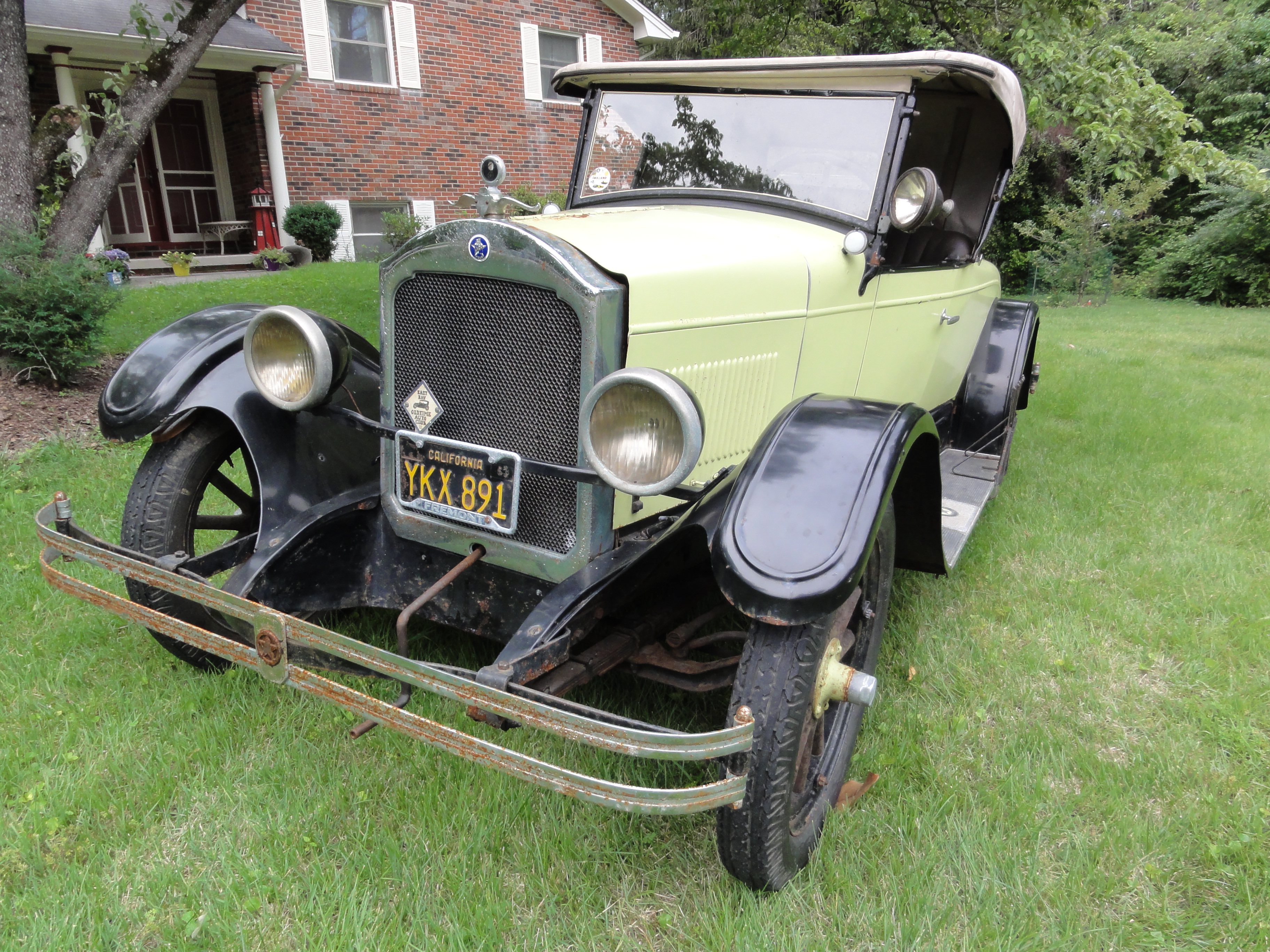 This is not going to answer your questions but maybe it will. Thank you for providing some of the info on your Star which we can now add to the Registry for 1927 Star M's

As I point out VIN's are model year not production year. Billy used Aug 1st as next year models until Dec 31 1929. Durant Motors stopped that practice Jan 1930 with the all new models, model year would only be when a model was upgraded. Hence Jan 4 1930 to Dec 31 1930 are 1930 model year, Jan 1 1931 to Jan 31 1932 are 1931 model year, Feb 1 1932 to end of Durants 1932 are 1932 model year. Lansing was last US plant left 1931 which stopped Aug 1931. Leaside became totally Canadian owned and operated Jan 14 1931 to make whatever it wished, they decided to continue the Durant into 1932. Aug 1931 the all Canadian Frontenac came out which was more or less the Lansing 619 Durant. Name changed from Durant Motors to Dominion Motors early 1931. Frontenac Rugby truck carried to end of 1933 when all production stopped on the Rugby / Frontenac lines. REO made there 1932 continued. Dominion officially stopped 1944 when its charter was turned in, ending the only all Canadian auto company since.

So Norm, is this a Roadster, Sport roadster or ? Was the rumble seat an option or did it come with a particular model. Did different factories offer different variations?

I should already be in the registry, but if someone can add photos that's fine. What is the purpose of members login?

Unless you supplied Steve Large or myself with info on your car the car is not in Steve's Registry. I think you are confusing membership Roster in DMAC with Registry. Pam has not forwarded a copy of your membership to me with car details and ownership as of yet. I checked my copy of Steve's Registry and that Star is not there.
Its Rick who can add pic's of your car to DMAC Photo Section. The Sign In thing in DMAC site is for members only and has its own password. Its a Roster of current members names / addresses / phone numbers / email / and car owned. Hopefully someone provided you the info finally to gain access, if not I can. Took me ages of asking when I joined 2006 before someone finally did. Members used to get a printed copy of the Roster but last one I got was 2015.

Billy's vehicles has been a more questions than answers to owners. His motto should have been "No Two Cars the Same" Nothing is set in stone that all plants did the same thing. We made cars US didn't and vice versa. Even US plants didn't all make the same model. You note my reference to the short lived 619 which was Lansing only and not made in Canada. US had winter fronts on some models but not even an option up here. Our 407 and copied at Oakland had different parts, Oakland used 614 parts. Oakland stopped the 407 and it became the 610 which made no sense model wise number with the 4 / 6 denoting the cyl's. Also brought out the 612. Neither model made in Leaside. We had 611, 615, 618 not made US. Even parts varied plant to plant on same model. Oakland with four wheel brakes on some C Stars rest of plants two wheel. List goes on and on.

I'm sure no expert on Billy's empire and offshoots 1921 - 1934. No one can be and we keep learning new things as they surface out of the blue.

Off hand I would say your M Star is the Sport Roadster model.

Norm,
I guess I confused registry. Didn't know they were two different items. Anyway, should try to get info. to registry. I think most of the pertinent stuff has been forumed. I had an email from Rick and he gave me some history on the car, as he knew the owner in California. He said the rumble seat was an option as were 4 wheel brakes at the California plant in 1927.

Thanks for the info.

Its all cool Brian .. I will mail you. There's the Roster giving current members info, then there's durantcars giving bits of info which was Terry's personal Registry in Alberta that anyone could access but look only. At his death the family basically gave that to DMAC to add to our site. There are a few personal Registry's members have like Gary Yelle on De Vaux's which is a carry over from another member before him, as an example. Steve tried to let Terry assist him with durantcars with all Terry's other projects but … You could inform Terry of new vehicles to add and mine was last he did in Dec 2006, he would fix errors if informed but Terry wanted full control. His new project was to enlarge durantcars to add Canadian side of all vehicles which didn't happen. Steve in Mississauga created his own Registry from all the known Registry's and has been adding since, new vehicles world wide to his Registry. Steve has many vin books which provide models and years, and models in those models, plus brochures / manuals on Billys empire. Enough on that.

Like a few items on durantcars I can't get 1927 Star literature A-27-222-4 of the 4 cyl to open but it appears to be an M roadster with the rumble seat open. Yes more confusion when brochures don't say a model just Star 4 or Star 6, Durant 4 or Durant 6. Its unfortunate Terry's covers are copied from elsewhere and not ones he had himself. I discovered that a few years back when I hit a site selling the actual brochure and it had the identical age markings from use as Terry's did. Steve asked Terry's family if he could acquire any of the brochures and they couldn't find any, now we know why. It would help a few people to see not only the cover but the insides showing the models and back page with data on the models.

That's good Rick could give you some history of the car so you can add this to the car. Lot of us try to work backwards as to who all the owners were to day one for its history and for future owners.

That is a rumble seat roadster. This was the car that frequently was at the Oakland a's game. I think This was a avala old car. The second car was the one ed archer sold. 1925
2 door coach.

Where Are You From? Calif

Do You own a car built by Durant? Locomobile flint durant

Yes Mike this is Tony and Myrtle Avilla's Star, via the Leigh Korthals estate in Wisconsin. Oakland A's colors repaint, as I understand.